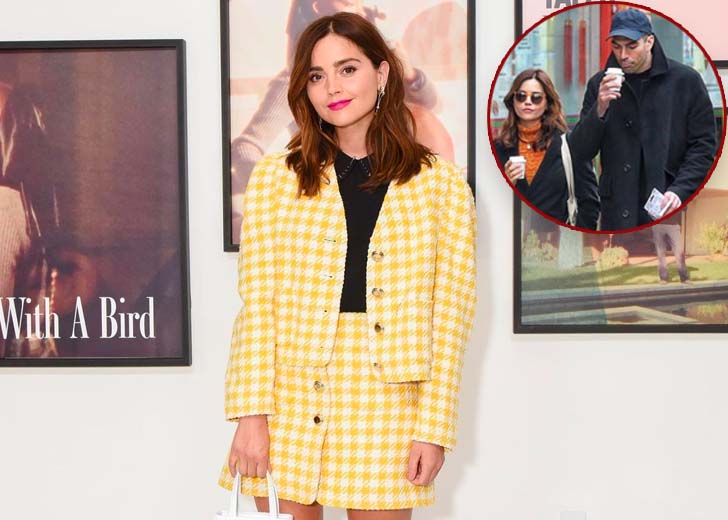 Actress Jenna Coleman is from England. She has mainly been recognized as Johanna Constantine in DC Comics’ The Sandman TV series.

She is also known for her parts as Queen Victoria in the historical drama Victoria, Jasmine Thomas in the soap opera Emmerdale, Clara Oswald in the science fiction series Doctor Who, and Joanna Lindsay in the crime miniseries The Cry.

Coleman was born in Blackpool on April 27, 1986. Keith and Karen Coleman are her parents.

Millions of her followers want to know more about her, especially about her personal life, because of her steadily increasing stardom.

Who is Jenna Coleman’s new boyfriend?

Coleman’s new boyfriend is Jamie Childs, who is a director, working on a DC Comics adaptation for Netflix.

The Sandman, a book by Neil Gaiman and DC Comics, is being adapted for Netflix by Childs, and it stars Coleman as an occult investigator.

One of her fans twitted on Twitter saying, “oh cool Jenna Coleman’s boyfriend directed four episodes of sandman!” which made them surprised.

Some fans are not happy — one of the fans wrote, “Jenna Coleman just left the most beautiful man in the world (which happened to be also my imaginary boyfriend) for… Jamie Childs..(?) OK, I think I can start watching The Serpent now.”

The actress and director were originally linked with each other in December 2021 and were spotted walking hand in hand for the first time in Islington. Days before their visit, they had been spotted in front of her £2.2 million property while furniture was being brought in.

But Coleman continues to reside in the London home she shared with Tom Hughes, her four-year lover and the actor who portrayed Prince Albert in Victoria.

Prior partners for Coleman included Karl Davies, Richard Madden, and Tom Hughes. Some admirers even questioned whether she and Hughes got back together in 2021 even though they broke up in 2020.

She fell in love with actor Hughes while filming Victoria for ITV in 2016. Three years after they were cast in the historical drama, they began dating as the connection between the two was evident in their roles, and we now know that it also existed between them in real life.

Until February 2022, she remained a resident of the London home she and Hughes shared. They split up in 2020 after being together for four years, according to a source who said at the time that they were attempting to save their relationship.

Hughes’ townhouse was left behind as Coleman moved onto a new residence. There were suspicions of reconciliation when Coleman was regularly pictured outside their London home last year. We subsequently learned that the pair never reconnected, though.