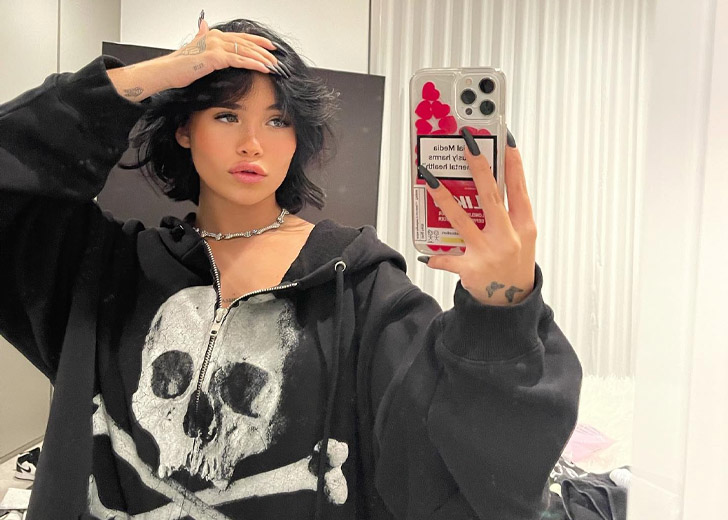 American singer Nessa Barrett has apologized for her previous tweets and expressed her desire for her fandom to be a safe space to talk openly about her mental health.

She tweeted an apology on November 24, 2022, for her rude and defensive response to criticism. She stated that criticism is her major trigger, and she intends to work on it in the future. The singer might be talking about her random tweets from November 18 to 23.

Following the tweet, many of her fans stated that she did not need to apologize because she had done nothing wrong. One person wrote, ” No need to apologise for anything. People should understand that Barrett is a human, just like us who have feelings!”

On the same day, Barrett also opened up about the dark side of her life. She claimed to have had the worst year of her life and had spent the previous months healing and improving herself.

Previously, she noticed that people loved and praised her when she was at her lowest and dying on the inside. But once she is content and happy, everyone has something to say.

She tweeted, “I wish you could see how much your words affect me.” This statement demonstrates that the public’s comments and words impacted the singer’s mental health.

Likewise, the TikTok star opened up about her mental health and discussed Borderline personality disorder on her social media accounts, particularly on Twitter. She tweeted, saying;

“I think a lot of people forget that outside of my songs I struggle with mental health every day. It’s who I am. So when I display symptoms because I can’t help it. I get attacked and it hurts.”

Many people could relate to Barrett’s situation after seeing the tweet. One person commented, “I couldn’t be more thankful for somebody to use their platform to be vulnerable and so open about BPD it has literally changed my life.”

Nessa Barrett’s fans show their support for her in the comments section. (Source: Instagram)

“I love how everyone dismisses Barret’s mental health, and nobody will fully understand her until they deal with it themselves. I’m glad Barret is speaking out because mental health is no laughing matter and is a serious issue,” another person wrote.

Additionally, Barrett mentioned that she wants her fandom to be like a family. And she promised to look after her fans, protect them, and make them feel loved and supported, but she also expects little compassion and understanding from them.

Basically, she prefers to have a place where she can talk about anything without fear of being judged.

“Anyone in the fandom who spreads hatred or cruelty can leave immediately. This is not what I stand for. I can accept and deal with other’s negative opinions but not the ones from my own family. We love and support each other.”

As of now, Barrett has begun to prioritize music and mental health. She also began to prioritize herself and learned to appreciate being alone. The singer realizes that once you start loving yourself, your life changes.