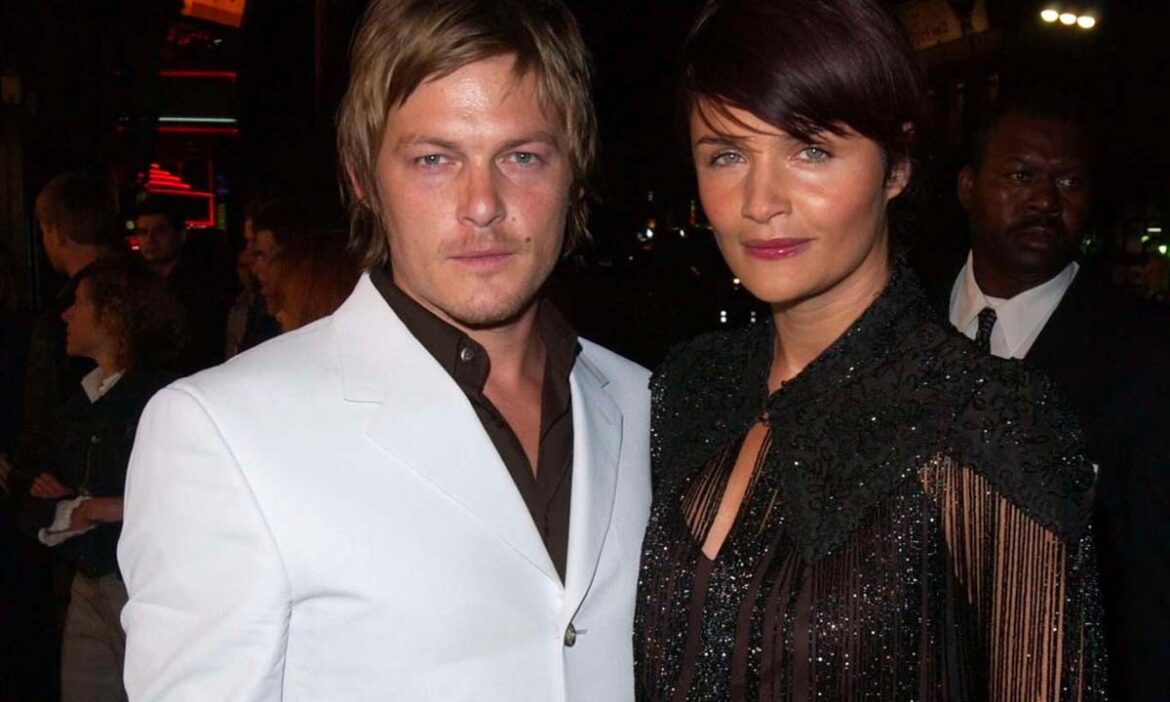 Norman Reedus and his ex-girlfriend, Helena Christensen, were once the “it-couple” in the entertainment industry.

The pair were together in the late 90s and early 20s and even shared a son named Mingus together. However, they are no longer together.

Now, they have moved on with their respective lives and career. They have their own partner, and their love lives are taking a steady turn too.

Regardless, they are still friends and work together for the sake of their son. Even though Mingus has grown up, Reedus and his ex girlfriend often meet and have a good time together.

Here is everything we know about what the duo is up to now.

Where is Helena Christensen now?

Christensen is a Danish model and photographer born on December 25, 1968. She was a Victoria’s Secret Angel, fashion designer, and beauty queen.

Christensen was also the co-founder and initial creative director of Nylon magazine. She is also a philanthropist who supports breast cancer groups and other charitable organizations.

She is currently 54 years old and continuing her modeling career. Similarly, she has continued her career as a photographer and featured in various acclaimed magazines, including Elle, Nylon, and Marie Claire.

Similarly, Christensen is a global ambassador for the United Nations High Commissioner for Refugees (UNHCR). She has been working with the institution for the better lives of refugees worldwide.

Besides that, she is enjoying her life with her family and friends. She often posts about them on her Instagram to keep her fans and followers updated about her personal life.

Talking about her personal life, there have been a few rumors about her love life.

After parting ways with Reedus, Christensen remained single for a while. She then dated Interpol vocalist Paul Banks for about seven years before they split up in 2018.

This is the model’s most recent known relationship. Since then, there have only been rumors about her dating someone.

For instance, she was photographed chilling in New York City with a male, and the photographers were on her tail. She went out on December 11, 2020, only a few days before her 52nd birthday.

The pair were photographed wearing puffy jackets with her date. On that day, the mystery man wore a green knit sweater over a black jacket.

The couple was spotted getting intimate and holding each other on the side of a mailbox on their way to work. The paparazzi got this on camera, making it the next day’s top story.

On February 14, 2021, she was seen on an outside brunch date with a male in New York City. They were seen sharing a Valentine’s Day supper at Al Fresco.

This event fueled Christensen’s boyfriend speculation once again. However, the model has not revealed anything about her partner to date.

Despite popular belief, Reedus was never married to his ex girlfriend. The two were together from 1998 to 2003 and welcomed their son Mingus in 1999.

While talking about marriage, Christensen told Metro, “You don’t have to have papers and own each other.” She added that the idea of marriage made her claustrophobic and said, “Everybody I know, married or not, goes through the same [expletive]. It’s not like you’re safe or have no problems anymore.”

It seems like Reedus does not share the same feeling as his former partner. This is because he is engaged to his fiancé Diane Kruger.

Reedus met the German actress while filming Sky in 2015. However, their relationship did not start then.

The two were first revealed to be a couple in a relationship in July 2016. Kruger gave birth to their daughter, Nova, in November 2018, his second and her first child.