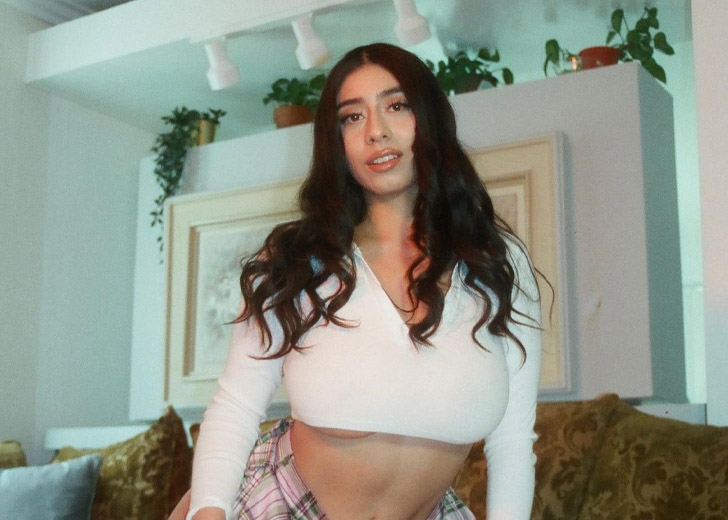 American actress and model Violet Myers is best known for her work with international adult video studios and websites such as Pulse Distribution, Team Skeet, Many Vids, and The Score Group.

In recent times, there were rumors that she had died. Many online publications reported Myers’ death in November 2021. The news of her death circulated on social media, and the predictable reaction began.

But the truth is that Myers was not diagnosed with a fatal disease and is still alive. There was no statement or reaction from Myers, which was cited as a significant reason for the false narrative’s heating up.

Everything would have been cleared up if she had made a statement condemning the rumors.

What is Violet Myers doing now?

Myers is doing well in her career and is free of disease as of 2022. She started boosting her social media presence and began her YouTube channel in 2018, with 230k subscribers. She typically uploads vlog-style videos to her channel.

Myers is also very active on Twitch, streaming several times per month. She streams video games like Phasmophobia, Crab Game, and many more. The actress has amassed over 32,000 followers since joining the streaming service.

Likewise, her love of cosplay and Japanese cartoons keeps her OnlyFans followers entertained. She recently appeared on unfiltered with Holly Randall to discuss why she has been dubbed the next Mia Khalifa.

Moreover, Myers shares her stunning photos on her Instagram account, with over 969k followers and 53 posts. She has worked with some of the industry’s most well-known actors and production companies in recent years.

She made her debut in the adult film industry in 2018 and gained a following quickly. By the end of that year, she had appeared in a slew of adult short films and established herself as an industry powerhouse.

The adult star has also appeared in advertisements for lingerie, clothing, bikinis, and cosmetics for several well-known brands. And she recently launched her product line, Merch.

Myers was born on February 24, 1997, in the northeast section of Los Angeles. As of 2022, the adult actress is 25 years old and has a height of 5′ 3″. She was her parents’ eldest child and had eight cousins and three siblings.

Because her mother and aunt are sisters, they all lived together. Likewise, Myers was mostly raised by women. She was also close to her cousin and sister. She used to believe that her sisters and brothers were friends, so she didn’t need to seek friendship outside her family.

In an interview with Lena The Plug, she was asked if her family was aware of what she does, to which she replied, “Yes, but they definitely questioned how I had so much money and how I can own my car.” She asserts that she makes money from being a YouTuber.

The adult star also believes that her family is not overly concerned with her profession. Myers stated that she is close to her mother, who is open-minded and free-spirited. Her mother told her to listen to her heart as long as she was safe and happy.

Are Hunter King and Joey King Related? Inside Their Relationship