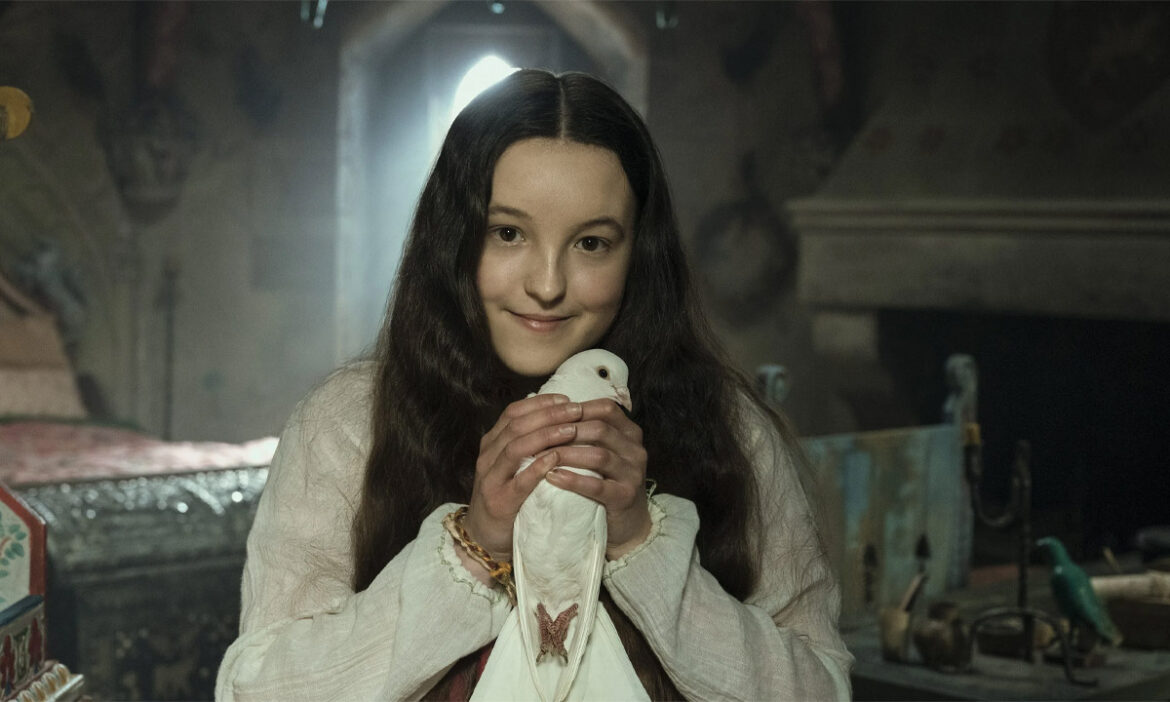 Since then, she has been a part of many projects, but her role as Ellie in the 2023 HBO drama series The Last of Us has garnered the attention of many fans and followers.

Ramsey has been critically acclaimed for the portrayal of Ellie, and fans are more curious about her life than ever. Especially, they want to know more about her sexuality and mental health — something the young star has been very vocal about.

People have constantly been speculating about Ramsey’s sexuality. Many have questioned if she is gay or non-binary.

The ​​Catherine Called Birdy star clarified the queries during an interview with The New York Times before the release of The Last of Us. She confirmed that she is not gay; instead, she identifies as gender fluid.

When given a choice, Ramsey claimed that she selects “nonbinary” on paperwork. She explained, “I guess my gender has always been very fluid.”

She then talked about pronouns and revealed that she did not like being gendered. “I’m very much just a person. Being gendered isn’t something that I particularly like, but in terms of pronouns, I really couldn’t care less,” she noted.

She also remarked that she found it exciting if someone denoted her with the pronouns he/him. “Someone would call me ‘she’ or ‘her,’ and I wouldn’t think about it, but I knew that if someone called me ‘he,’ it was a bit exciting,” she said.

In an interview with Elle, Ramsey confessed that she is hesitant to label herself. She said, “I have labels that I assign to myself. It’s just, publicly, I am hesitant to talk about what those are because there are still some things that—I’m, I guess, becoming comfortable with and figuring out.”

Bella Ramsey on her mental health

Ramsey has always been vocal about her mental health. In a recent interview with Elle, she spoke up about why she quit The Worst Witch after season three and discovering that she was neurodivergent.

According to Forbes Health, “Neurodivergent is a non-medical umbrella term that describes people with variation in their mental functions, and can include conditions such as autism spectrum disorder (ASD) or other neurological or developmental conditions such as attention-deficit/hyperactivity disorder (ADHD).”

Ramsey revealed that she had been wondering for years that she might be neurodivergent. She said, “It was cool to see, to have that, and to really understand my own brain by being able to understand other people’s.”

Furthermore, Ramsey revealed that she was an anxious kid, but her anxiety did not begin until she “began working in high-pressured circumstances.” It is widely known that she left The Worst Witch for mental health reasons.

She clarified, “I would say the more accurate description is that I had resolved a lot of my mental health problems by that point. And then the idea was that, ‘I’m not going to do this fourth season because it’s not worth it, because I’m in a better place now.’”

On World Mental Health Day in 2018, Ramsey took to Twitter to share her tale about being diagnosed with anorexia nervosa and her overall mental health. She revealed that she was diagnosed a little over a year ago, but the sickness had a hold on her for about a year before then.

According to her chronology, she appears to have developed eating disorder symptoms around the middle of 2016. Ramsey, born in September 2003, would have been around 12 years old when anorexia nervosa “got a grip” on her.

She revealed that the reason for her eating disorder was never found, but she got over it with the help of faith and Christianity.

“There’s always light at the end of the tunnel no matter how dim it might seem. I am fortunate to have reached that light, at moments it felt non-existent. But it was always there,” she wrote.