After a troubling video surfaced online, followers expressed their worries over Cara Delevingne's possible drug use. 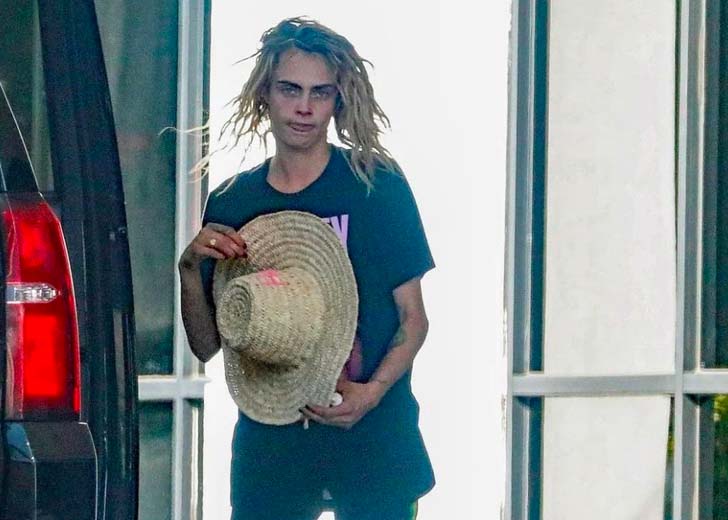 After an unstable video of Cara Delevingne at the airport went viral, fans expressed their worries about her possible drug use.

Prior to boarding Jay-private Z’s jet, the actress and model, Delevingne, was seen at Van Nuys Airport looking agitated and messy.

Delevingne’s appearance when she arrived at Van Nuys Airport in Los Angeles on Monday, September 5, 2022, raised serious concerns about her health.

Delevingne, 30, was photographed using a smoking pipe of some kind while seated alone in a car. She had sunken eyes and dark circles around her eyes.

Around noon, she and her assistant arrived at the airport. She was barefoot and dressed in a Britney Spears t-shirt, black joggers with red, yellow, and green stripes, and yellow socks.

Moreover, before arriving at the airport, the model hung her feet out of the car. According to the insider, she was two hours late for the flight.

Delevingne and her dog, Alfie, boarded the aircraft with two other males wearing striped shirts who were also on board and left at the same moment as her.

The actress boarded the plane about 45 minutes before getting off. It’s unclear whether she was asked to exit the airplane or not.

Back on the road, Delevingne was seen smoking and talking on the phone while seeming restless the entire time.

She has recently been in the news for her strange behavior, which was caught on camera and posted to social media.

In May, as Megan Thee Stallion posed for photos on the red carpet at the 2022 Billboard Music Awards, Delevingne was seen caught on camera peeping around a gator board and yelling at her.

She then decided to step into the picture after a few seconds, grasp Megan’s dress train, and pose with her for the photographers.

The unpredictable behavior followed after she made an odd appearance on the Met Gala red carpet in 2022. As she walked the carpet, the model seemed to shiver and shake.

After a bizarre video of the Suicide Squad actress at the airport went viral, fans expressed their fears about her drug usage.

One of her fans expressed their sadness and wrote, “Just seen the video of Cara Delevingne and it just made me sad. The poor girl is struggling heavily with addiction.”

Another follower tweeted, “Cara Delevingne needs to get help ASAP. It’s so sad how every single celebrity goes through this.”

Expressing sympathy, the third tweet read, “My heart goes out to Cara Delevingne. Mental Health is very important. I hope she’s okay and I hope she’ll get some help.”