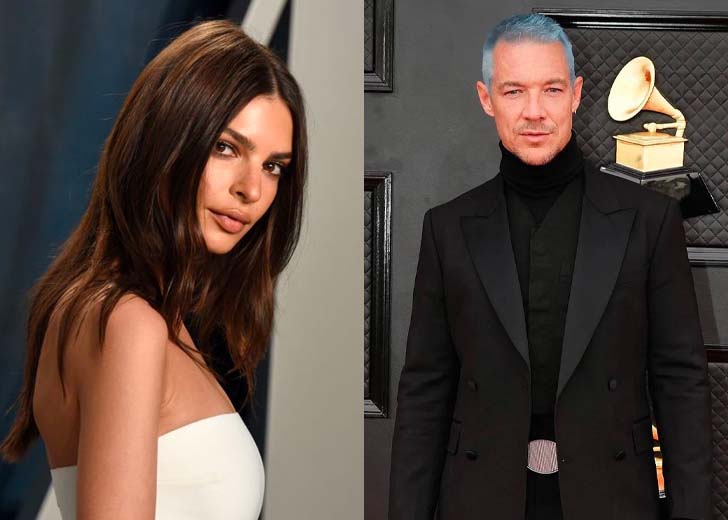 On August 28, model and actress Emily Ratajkowski was seen having fun at an MTV Video Music Awards afterparty while separated from her ex-husband Sebastian Bear-McClard.

At Bad Bunny’s show, the mother of one was seen engaging in some PDA moments with DJ and songwriter Diplo, which sparked speculation over whether or not they were dating.

Are Emily Ratajkowski and Diplo dating?

Just days before Ratajkowski left the marital home she once shared with McClard, the actress allegedly engaged intimately with Diplo at Bunny’s concert at Yankee Stadium, a portion of which was broadcasted as a part of MTV VMAs on August 28, 2022.

Later, Ratajkowski shared pictures from the concert, showing how much enjoyment she had there. She wore a bodysuit with a low-cut neckline to show off her curves, paired with a miniskirt.

The model captioned the pictures, “Can you tell we had fun seeing Benito last night?!” After the concert, she headed to rapper Offset’s afterparty at Richie Akiva’s The Ned NoMad’s Magic Room.

An insider told US Weekly that the actress and the DJ were seen chatting and dancing alongside Anitta and other celebrities. The insider also revealed that the actress sat over a VIP table next to the DJ booth most of the night.

Ratajkowski also made no effort to conceal her relationship with Diplo. Many of the spies present were eager to share details of their alleged PDA-filled session.

The follower told DeuxMoi, “Saw Emrata and Diplo getting real cozy at the Bad Bunny concert at Yankee Stadium.”

Anyways, the fans on Reddit had mixed feelings about the rumor. One of the users said, “I think I’m late but whats the tea with diplo??? I may be living under a rock bc this is news to me, I am appalled!”

DeuxMoi shared the news in the stories section of her official Instagram account, claiming that “Pitt had recently dined with the model whose divorce keeps making headlines.”

When a follower asked DeuxMoi, “emrata update?” The gossip site responded with, “Guys I really think she is actually dating Brad,” with a picture of Pitt and the model holding hands at Pearl oyster bar in the West Village, NYC.

However, nothing is confirmed as the model has not spoken yet to disclose whether she is dating Diplo or Pitt.

The My Body author and McClard, split in July 2022 and filed for divorce. The former couple who welcomed Sylvester Apollo Bear on March 8, 2021, called it quits due to an apparent “cheating incident.”

Over the previous two years, Bear-McClard allegedly interacted with “many ladies” on social media. The insider said, “Emily had seen some of his DMs and it became a pattern,” to US Weekly.

The former duo tied the knot in New York in February 2018, shortly after dating for a few months. Before they proceeded in their relationship, they shared a strong bond.

In November 2018, the model addressed her brief relationship with the producer, saying on Busy Tonight, “We knew each other for a long time before.”

Who Is Rafael Reyes? A Look at His World of Art and Music