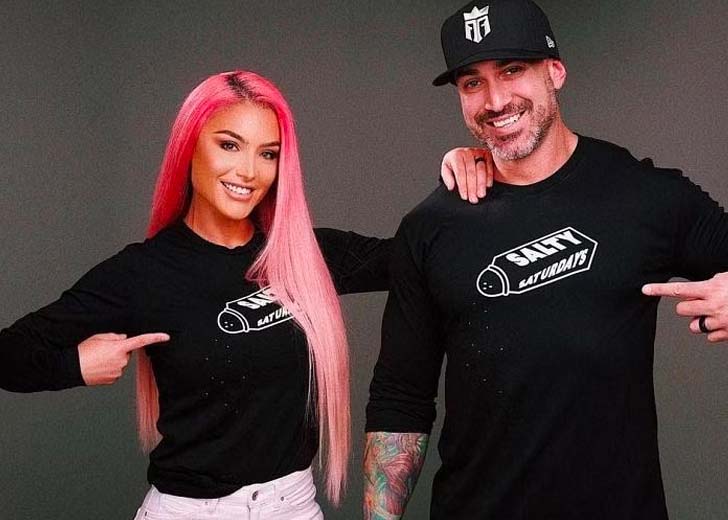 On December 3, 2022, Marie posted a throwback photo of her wedding with the caption, “Don’t urge me to leave you or to turn back from you. Where you go I will go, and where you stay I will stay. Your people will be my people and your God my God.”

“Where you die I will die, and there I will be buried. May the Lord deal with me, be it ever so severely, if even death separates you and me.”

Following the post, many people wished them a happy anniversary. Similarly, Coyle responded, “You are God’s greatest gift to me! Thank you for being such a wonderful wife to me.” The post and comments show that even though Marie and Coyle had been together for many years, their love remained constant.

Furthermore, the couple is open about their feelings for one another on their social media accounts and frequently posts pictures of themselves there.

Coyle posted a picture of him kissing Marie on her birthday. He wrote alongside the post, “Happy Birthday to my incredible wife @natalieevamarie! Your drive, work ethic, and focus are inspiring to witness, but your kindness and loving heart are what makes you exceptional.”

Coyle concluded the post by writing, “I’m beyond proud of you , not only for all your accomplishments, but because of who YOU are as a person and who you continue to become.”

Coyle and Marie first met while working out at CrossFit. He proposed to the actress after only a few months of dating her. They dated seven years before their wedding.

The couple married in Napa Valley, California, on August 23, 2014. Their wedding was the focus of the 2014 season of Total Divas. Likewise, several members of the Total Divas cast attended the wedding ceremony.

Marie revealed on an episode of Total Divas after their wedding that she parted ways with Coyle after her parents and brothers disapproved of her decision to marry Coyle. She said that the men in her family were reluctant to communicate with her and that she had to persuade them.

On the other hand, Coyle stated in his social media wedding post that he was unaware of Eva’s age before becoming engaged.

Marie’s heelish character made her one of the most talked-about WWE stars. She signed a contract with WWE in 2013 but was released from her contract in 2017. After three years, Marie returned in June 2020 episode but didn’t compete in the ring.

However, the 38-year-old was included in the company’s November 2021 mass release due to budget constraints. After the release, the former actress kept herself busy. She even appears in a few films, but her interest in wrestling never faded.

Marie posted a video of herself attempting to throw a Lily doll into an open bin on October 14, 2022, claiming that if she succeeds, she will return to WWE. However, it is still being determined whether Marie is just having fun with the fans or if she has been chosen to be the latest return under Triple H.