All about Nessa Barrett and Kendall Monroe 'copycat' drama. 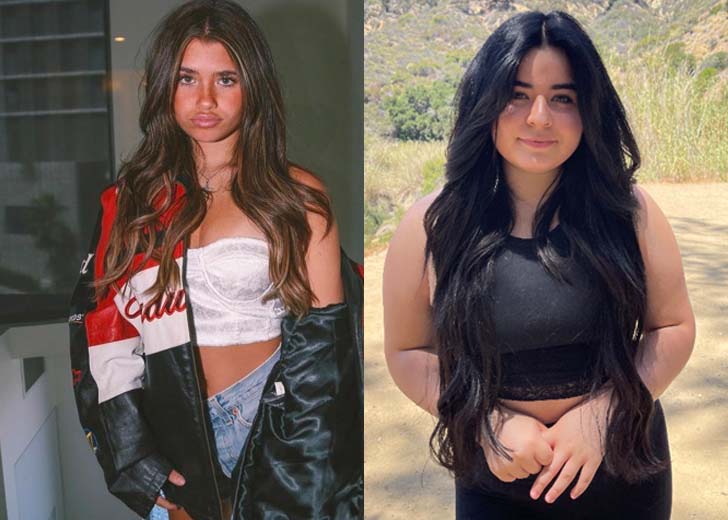 After being accused of excessively mimicking the artist Nessa Barrett, TikToker Kendall Monroe apologized to her, but the drama didn’t stop there.

Fans have been criticizing Monroe for mimicking Barrett for the past few months. They have been comparing TikTokers’ videos and photos, revealing that Monroe has been dramatically affected by Barret.

Followers discovered after further investigation that Monroe replicates Barrett’s every move, including her sense of style and hairdo.

She is receiving criticism from viewers on social media for allegedly mimicking Barrett in terrible ways.

Some users are comparing Monroe’s and Barrett’s TikTok videos side by side to see how much her material seems to have influenced Monroe.

For instance, she had her hair braided in a video Barrett posted while flaunting a black biker short outfit. Likewise, Monroe also had a video in which she wore the same clothing and hairdo.

Fans also claimed that she had imitated a tattoo that Barrett had got with the late TikTok celebrity Cooper Noriega, who passed away in June 2022. The pair each had two butterflies on their left hands, but Monroe had three in a very similar pattern.

However, Barrett received an apology from Monroe after some fans accused her of being a “copycat,” revealing she made her TikTok account as an “experiment” with the purpose of seeing how much “hate” there was in the world of social media.

Via her TikTok video ‘Speaking the truth,’ on September 1, 2022, Monroe said,

“I want to apologize to Nessa because at no time in these past couple of months was it ever my intention to make her uncomfortable in any way.”

Barrett noticed her apology and said, “Boo, you [expletive],” in a now-deleted comment.

In a now-deleted video and later re-posted by tiktokroomtm, she also criticized fellow TikToker, sarcastically suggesting that she would have “both of my [expletive] chopped off.” She also said she would get a “tattoo of a baby goat’s [expletive]” inked on her cheek, presumably pushing Kendall to carry out a copycat act.

Furthermore, the artist added, “To the people that copy me, copy me if you are [expletive]. That was rude. Sorry.”

Shortly after, Monroe responded to Nessa’s harsh remarks in a series of images where she placed a goat image on her face.

She captioned the picture, “Guys I just woke up, but do you like my new tattoo?” and also shared another photo of herself in a hoodie, saying, “Also, just got both my nipples chopped off.”

Shortly after, Barrett addressed the controversy in a Livestream, saying she was “not putting up” with Monroe’s “disrespectful comments” and even accusing the TikToker of “roleplaying” as her.

She said, “It makes me uncomfortable. It makes me very upset. It makes me angry, but there’s nothing I can do about it. That’s what it is.”

During the Instagram live, fans supported Barrett and took sides with her in the ongoing controversy.

One of the fans’ commented, “Kendall is insane.” Another comment read, “Sue her for impersonating.”