Stacey Dash addressed the rumor about her skin bleaching in 2014, saying, "I am bleaching my skin to make it whiter." 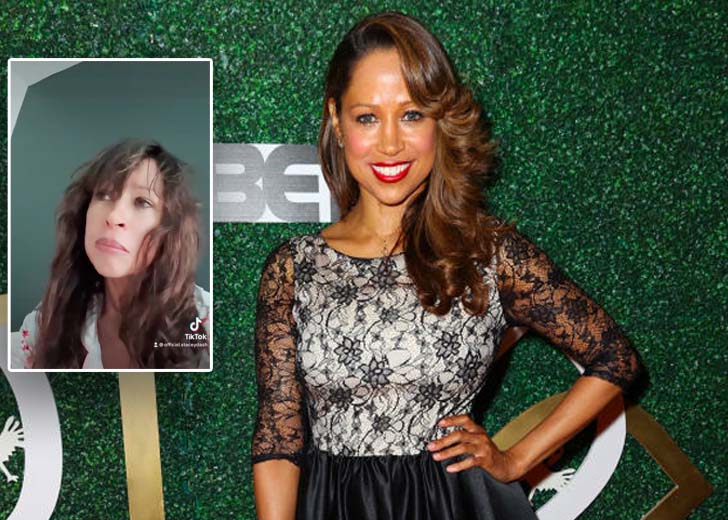 Stacey Dash’s TikTok about the death of rapper DMX has gone viral, and her fans have noticed that she has bleached her skin.

Dash claimed in a TikTok video, posted on August 31, that she was unaware that rapper DMX had died.

In the video, the actress sobbed as she admitted that she only recently learned of the rapper’s death last year. She said, “I am ashamed, and I had no idea DMX died of a cocaine overdose and heart attack.”

She continued, “I’ve been sober for six years and one month. It breaks my heart. He lost to that demon of addiction, please don’t lose.” Throughout the video, the actress can be heard choking on her words.

Moreover, she wrote in the video’s caption, “I was strolling through #tiktok and found a #DMX song that has saved me many times. Suddenly, it says #RIP I’m sorry for being late, I had no idea he died, he #OD I’m heartbroken because he was such a nice guy.”

Fans noticed that her skin color had changed in the recent Tiktok video. The actress’s skin tone in the video appears lighter than in some earlier photographs. Many of her followers asked if she had bleached her skin.

On Twitter, one of her fans asked, “Did Stacey Dash bleach her skin during the pandemic or something?”

“If Stacey Dash just wanted to show off her new whiter skin color to the world that’s all she had to say because ain’t no way you didn’t just find out DMX died like 20 months later,” another added.

Someone also commented, “Dash announced that she was bleaching her skin because she had just learned of DMX’s passing.”

Her looks might be the makeup and social media filters many celebrities favor when appearing in videos. However, the actress has not yet addressed the controversies.

This is not the first time Dash has been accused of bleaching her skin. Dash addressed rumors about her skin bleaching in 2014.

She wrote on Twitter, “Apparently, I’m no longer an Uncle Tom, but I am bleaching my skin to make it whiter.” LOL.”

Following the tweet, many of her fans expressed their support for her decision.

In an interview with VladTV, the Grammy-nominated artist said, “I would say look at her skin now. I think she doesn’t seem to have the same tone.”

R. Prophet added, “I don’t know what has caused her to change over the years. She seemed to be an average person back when she was doing Clueless and things like that.”

“She’s messed up, man, but with success and people getting inside her head over the years, something has happened to that young lady. I’m not sure if it happened when she was a child, and it just came to fruition now.”