Steph Pappas said, "My dad tried to swerve, but it happened too soon, and he got killed." 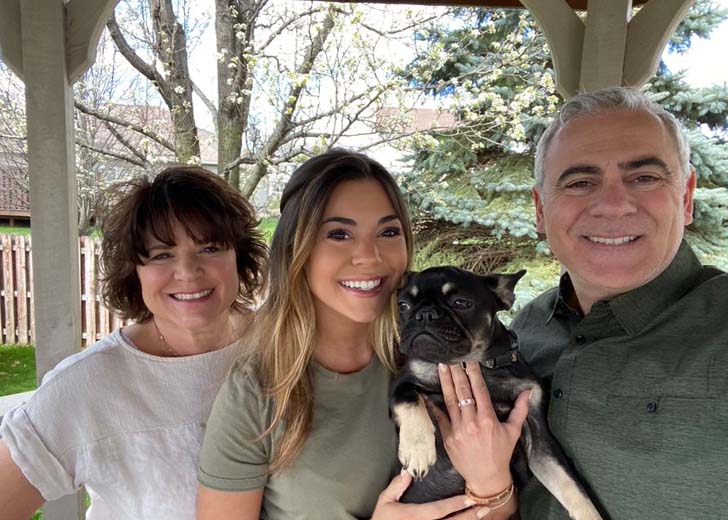 On Sunday evening, September 11, John Pappas, father of the popular YouTuber Steph Pappas, was killed when a suspected drunk driver struck his car in Jackson Township.

According to Jackson Township police, the collision occurred in the 7700 block of Strausser St. NW around 11 p.m.

According to the police, a car being driven by John Pappas, 53, of Uniontown, was struck by a vehicle being driven by a 27-year-old man who was traveling west on Strausser Street NW.

Kristine Pappas, 52, the mother of Steph, was rushed to the Mercy Medical Center and fortunately survived the dangerous crash.

Steph Pappas’ mother survived the crash, but her father did not

The YouTuber Steph’s mother, Kristine, survived the horrendous crash, but unfortunately, her father could not.

However, Kristine was severely injured, but her husband was pronounced dead at the scene after the drunk driver struck him and his wife.

Although no charges have yet been brought, according to Cleveland 19, the police believed that either alcohol or narcotics may have contributed to the collision.

The 22-year-old YouTuber uploaded a tribute video to her father on September 14 following her father’s death minutes after exiting her house.

Steph, who has 1.4 million YouTube subscribers, was crying in the video as she stated that only her mother survived after her mother and father had an accident immediately after leaving a family supper at her house.

She continued to detail the incident, claiming that another driver approached her parents as they went home. She claimed, “My dad tried to swerve, but it happened too soon, and he got killed.”

Steph described that her parents had left, and two minutes later, she got a call from her mother. Her parents were a minute away from her house, so she hurried and drove there and said, “it was heartbreaking. It’s a miracle my mom survived. It really is. When I saw the car, it was terrible.”

She also revealed that her parents had a pleasant night together just before the incident occurred, laughing on the couch and watching YouTube videos together.

“I am just so devastated. I don’t know what to do with myself,” Steph expressed with a sobbing voice and swollen eyes.

Since Steph’s dad frequently appeared in her films, which typically featured the two of them trying cuisine together, she noted in her video that her father played a “huge part” in her YouTube channel.

Below the YouTuber’s video, viewers have left condolences on the passing of her father and comments about Pappas’ relationship with him.

“I’m so sorry steph. the bond you two shared will always be so special,” one of her fans wrote, while another commentator said, “He was the sweetest man I’ve ever watched on YouTube. Your bond with him was something I wish I had. I’m so sorry for your losses.”

Another comment read, “Your dad was the sweetest, most kind-hearted person. Your lucky you had such an amazing dad,”

Under her tribute video, the YouTuber also provided a link to a GoFundMe campaign to help with burial expenses; nearly $82,000 has been collected.