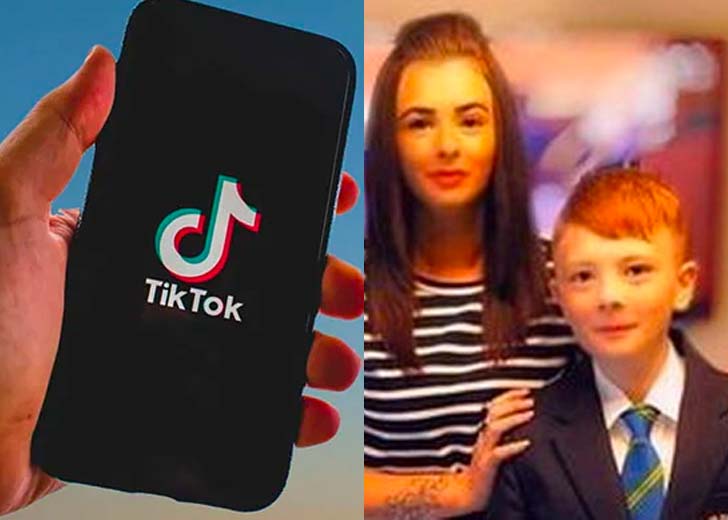 One of the famous social media platforms, TikTok, is now being accused of Leon Brown’s death after attempting a viral trend, Blackout Challenge.

Brown, 14, passed away at his home in Cumbernauld after attempting the challenge that is thought to have killed Archie Battersbee and many other young children.

The Blackout Challenge is a frightening challenge that urges people to restrict their breath until they fall unconscious. This challenge can result in low levels of oxygen in the brain, which may induce seizures, severe injuries, or even death.

As per People, it has been around since 2008 under many names, such as the “choking game” and the “pass-out challenge,” and it has recently resurfaced on TikTok.

Experts have been warning young users not to try the trend as it had already caused the death of over 80 people when it first emerged.

Even so, parents find it challenging to keep up with all the temptations that make it onto their children’s screens.

The deceased’s mother, Lauryn Keating, found her son Brown cold and unresponsive in his room on August 25, 2022.

Keating also said that her son was participating in the life-threatening TikTok challenge called Blackout Challenge. Later, she learned that the same terrifying trend was the reason behind her son’s death.

Keating has been devastated by her son’s untimely death and has warned other families about the risky challenge.

She claimed her son’s friends were watching him attempt the challenge via Facetime when tragedy struck, and he lost his life.

“One of Leon’s friends told me he had been doing the challenge on Facetime with them after seeing it on TikTok,” she told Daily Mail. She also explained that the children thought he would wake up, but Brown did not. “It went horribly wrong,” Keating expressed.

A group of Leon’s friends and family members met to release balloons in his honor. A Celtic strip t-shirt hung on a railing at their neighborhood park contained heartfelt notes from his friends.

A TikTok spokesperson also expressed their condolences and sympathies to Brown’s family. Further, they added that the community’s safety is their top priority. “Content of this nature is prohibited on our platform and would be removed if found,” said the spokesperson.

Keating first heard about this challenge because of what happened to 12-years-old Battersbee, but never in her dream did she think about her child trying out this trend and losing his life.

Battersbee was another victim of the same challenge who died on August 6. He was also discovered unconscious by his mother, Hollie Dance, at their home in Essex in April.

Archie Battersbee is one of the victims of the Blackout Challenge. (Source: Twitter)

The boy was rushed to the hospital as he experienced a brain injury and was placed on life support. He passed away in the hospital after his family failed to continue the treatment that was keeping him alive.

Brown and Battersbee are the only ones who became the victim of the challenge. A year ago, in 2021, 8-years-old Lalani Erika Walton and 9-years-old Arriani Jaileen Arroyo died because of the challenge, as per The Verge.

The parents of Walton and Arroyo filed the lawsuit against TikTok, where they alleged that their children were not looking for challenges for the video. But, TikTok’s algorithm showed the challenge right on the app’s main screen.