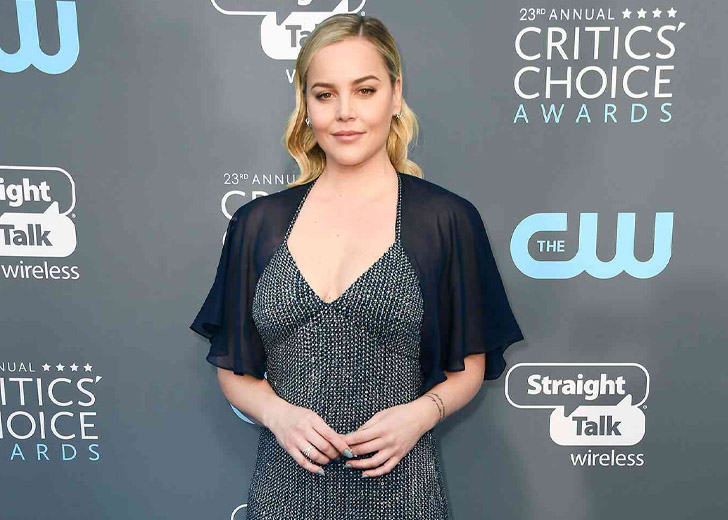 Abbie Cornish is an Australian actress best known for her lead role in 2004’s Somersault and her portrayal of Fannie Brawne in Bright Star. She has worked in the entertainment industry for more than two decades.

During this time, she appeared in various films and television shows such as Limitless, RoboCop, Sucker Punch, and many more. Similarly, Cornish played Dixy in The Virtuoso in 2021. She also played Anna in the Netflix film Blackout, which was released on October 12, 2022.

Following the release of the film Blackout, the actress received a lot of online attention. As a result, many of Cornish’s fans are eager to learn more about her personal life, particularly her relationship status and who her actual partner is.

Cornish announced her engagement to MMA fighter Adel Altamimi via Instagram on February 14, 2019, with a close-up shot of her hand showing off the stunning engagement ring.

Along with the post, she captioned the picture, “A thing of beauty is a joy forever ~ John Keats. You’ve swept me off my feet, my love. I have been waiting for you. The answer is yes!”

The actress continued, “And may God share this light and love with us forever in his arms, Blessed be this day with you. We’ll never forget this anniversary! Happy Valentine’s Day to my fiancé.”

Cornish did not hesitate to express her feelings for Altamimi, as she often posts photos of him on social media with endearing captions. She shared a picture of the MMA fighter a few days after she announced she was engaged.

She wrote alongside the picture, “You are the man of my dreams. I’m so happy we found each other here on this earth. You make me so happy. I can’t wait to start a family with you my love.”

However, it is unknown how long Cornish and Altamimi have been dating. They have also not revealed anything about their wedding plans. Moreover, the actress hasn’t shared anything about her dating life with Altamimi in years, and they don’t follow each other on Instagram, so it’s unclear if they’re still together.

Cornish had a relationship with Ryan Phillippe before getting engaged to Altamimi. The ex-couple first met while filming Stop Loss and began going out together soon after meeting.

Cornish and Phillippe began dating in 2007 and moved together to Los Angeles. The actress told W magazine of her move to Los Angeles, “love drove me here, not work. I think the city feels and looks slightly different because of that.”

The actress met Phillippe while he was married, but later, he divorced his former wife, Reese Witherspoon, after seven years of marriage. He also had two children, Ava Elizabeth Phillippe and Deacon Reese Phillippe.

After their divorce, Cornish and Phillippe were seen together in various events and programs. However, the pair’s relationship did not last long. The Blackout actress’s spokesperson revealed that she ended their three-year relationship with Phillipe in early 2010 and was seen removing her belongings from the Los Angeles house.

Following the breakup, there were rumors that Phillippe had been unfaithful to Cornish because he was frequently seen in nightclubs and had relationships with other women.