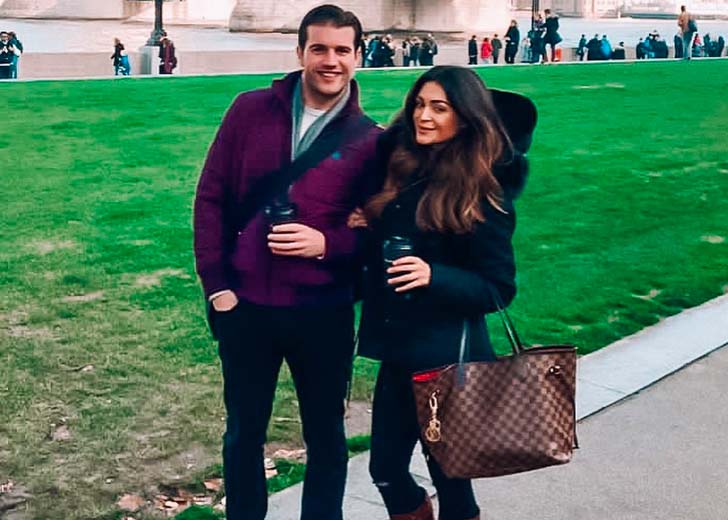 Casey Batchelor is a British actress and model most recognized for her work on Bonded by Blood 2, Sharknado 5: Global Swarming, and Mason v Princess Superstar: Perfect (Exceeder). She was also a contestant on Celebrity Big Brother.

Dane Goodson, Batchelor’s other half, came to the limelight earlier in 2017 after his connections to Love Island winner Jack Fincham were discovered.

The couple is now the parents of their three beautiful daughters.

However, there are rumors that Batchelor and Goodson are not together anymore. Here’s what we know about the model and her businessman partner. Read along to find details on their relationship, children, and more.

Casey Batchelor and her husband are often busy with business

Goodson is a businessman from Kent. According to The Sun, since April 2014, he has been the managing director of DMG Office Supplies and Print Services, the same firm where Love Island victor Jack Fincham formerly worked.

The businessman, however, does not make it much on Batchelor’s instagram posts lately. She posts many pictures of having a wonderful time with their 3 daughters, but Goodson seems to be missing from them.

Naturally, that led people to think that the couple was not together anymore. Since both run successful businesses, she has mentioned that busy schedules keep them apart.

Besides being an actress and a model, Batchelor is also a certified Yoga instructor.

“I do all the night feeds and everything like that, but out of choice because Dane has a successful business, and obviously, I work too, but I can do it from home,” she explained.

They have yet to address the rumor of their breaking up.

Casey Batchelor has 3 daughters, all under 4

Batchelor and Goodson are proud parents of their 3 beautiful daughters. The actress gave birth to their firstborn in 2018, and her eldest daughter is named Florence. The pair welcomed their second child in 2019 and named her Sadie.

After giving birth to her second daughter, Batchelor welcomed her 3rd child with her fiance Goodson in 2021. They shared that they mutually decided to name her Daisy.

“I was looking through lists of old-fashioned names on Google, as that’s what we both like, and Daisy came up. I said, ‘What about Daisy?’ and he said, ‘I love it!’ I think all the girls’ names go really well together,” she explained to Mirror.

Casey Batchelor and Dane Goodson got engaged in 2019

In February 2017, it was discovered that Goodson was dating Batchelor, a former Celebrity Big Brother contestant. The businessman recognized Batchelor from her modeling profession and had seen her on television before they met.

The actress kept their affair a secret for 18 months until revealing further facts in February 2017, claiming, “There is someone new. I haven’t spoken to anybody about him yet. He owns a stationery and printing company, completely different to what I do.”

In February 2019, she was seen wearing a diamond ring on her wedding finger while partying in South Woodford, confirming that she got engaged to her long-term boyfriend, Goodson.

“I literally could not be happier. We didn’t announce the news straight away as we wanted to keep it between us for a while. But now the secrets out #IMENGAGED,” she posted a picture on her social media.