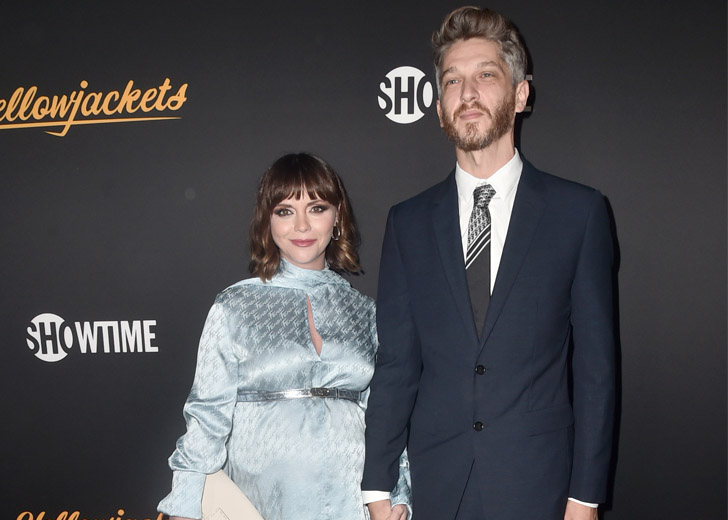 American actress Christina Ricci is currently in the spotlight for her role as Marilyn Thornhill in the hit Netflix series Wednesday. As for her personal life, she has been married to her second husband, Mark Hampton, since October 2021.

Ricci revealed that she married Hampton less than two months after they announced their pregnancy. On October 9, the actress announced their marriage by posting wedding photos on Instagram and captioning, “Mr. and Mrs.”

Later, the actress’s husband announced the birth of their daughter Cleopatra Ricci Hampton, a.k.a. Cleo, on December 8, 2021. Hampton captioned a photo of the sleeping newborn, “My heart has exploded.”

“@riccigrams and baby Cleo are doing fantastic; we’re all resting after such an eventful morning. Welcome to the world baby Cleopatra Ricci Hampton,” he added.

Likewise, the proud father shared photos from the hospital on his Instagram story, including Ricci’s first moments with their daughter. He wrote, “What a truly emotional morning, never cried as much.”

As for Ricci and Hampton’s relationship, the Wednesday actress discussed it during her appearance on Anna Faris’ Unqualified podcast in August 2022. She said;

“I would say — and this sounds really annoying and cloying and stupid — but I would say the first time I really fell in love in a healthy way is probably this marriage that I’m in now. I think a lot of my relationships in the past had a lot to do with unhealthy things that I was looking for.”

She then shared that it isn’t easy to look back at the fondness of her past relationships now that she has found her fit, who is Hampton. She stated, “And I don’t know if you can call [it] love, but I don’t think things that aren’t good for you should be called love.”

Speaking more of their relationship, it’s unknown when they officially began dating. But Hampton first made his appearance on Ricci’s Instagram feed when she wished him on his birthday in July 2021. Just one month later, they revealed they were expecting their first child.

Other rememberable events took place after that, such as their wedding and the birth of their daughter. And while they can be called a new couple, their togetherness seems strong. As of now, they are still together.

As mentioned earlier, Hampton is Ricci’s second husband. She has been engaged once and married once before her wedding with Hampton. She got engaged to Owen Benjamin in March 2009 but called it quit in June 2009.

Later, she began her relationship with her first husband, James Heerdegen, in 2011. Ricci and Heerdegen met for the first time on the set of ABC’s short-lived series Pan Am in 2011.

After two years of dating, the couple announced their engagement in February 2013 and married in New York City in October 2013. The following year, in August 2014, the couple welcomed their only child, a son named Freddie.

The Addams Family star talked about how marriage and motherhood changed her on Net-A-Porter’s The Edit in March 2017. She said, “Marriage shows you your flaws in how you deal with things and having a child forces you to grow up at the speed of light. I’m a completely different person than I was before I had my child.”

Everything between the two seemed to be going well until July 2020, when Ricci acquired an emergency protective order against her now-former husband. And the same month marked the end of the couple’s relationship, as Ricci filed for divorce after seven years of marital life.

In January 2021, US Weekly reported that a judge had ordered the actor not to go 100 yards close to Ricci. Additionally, he was stripped of his visitation rights with his son, Freddie, after Ricci accused Heerdegen of domestic violence.

As per the court documents obtained by the same outlet, the actress mentioned that Heerdegen’s abuse had already started in 2013, but it heightened in 2020 when the two were stuck together in the same house due to the COVID-19 pandemic.

Ricci appeared in a school production of The Twelve Days of Christmas. Soon after, she appeared in two NBC Saturday Night Live spoof commercials. The actress made her film debut in the family comedy/drama Mermaids in 1990.

After starring in dozens of films, she produced and starred in the television series The Lizzie Borden Chronicles and Z: The Beginning of Everything. She also provided voice work for characters in Legend of Spyro: The Dawn of the Dragon and Speed Racer: The Videogame.