Elijah Wood and Mette-Marie Kongsved have a child together without marriage. 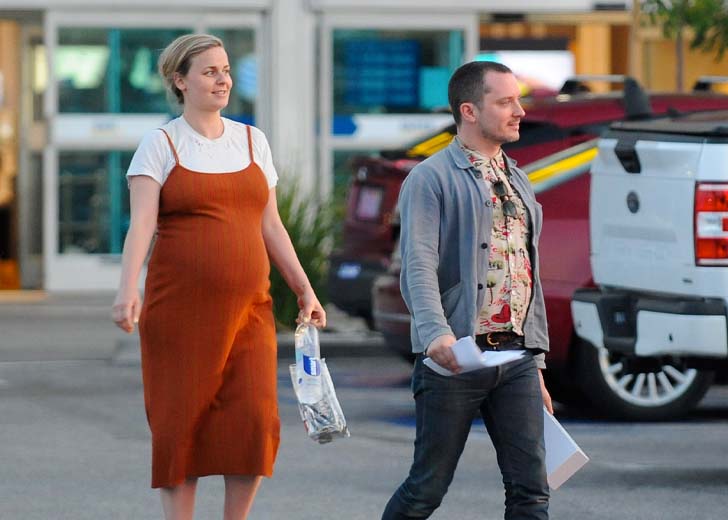 Elijah Wood is an American veteran actor and producer. He has done many films over time and is best known for playing Frodo Baggins in the Lord of the Rings film trilogy and The Hobbit: An Unexpected Journey.

Wood is reportedly dating his girlfriend of more than 4 years, Mette-Marie Kongsved, and the couple has a child together. Kongsved is a well-known producer in Denmark, and she has experience as a producer in Hollywood as well.

She has starred in movies like Come to Daddy, I Blame Society, Nine Days, Get Ducked, and I Don’t Feel At Home in the World Anymore.

Having shared a baby, fans are curious if the duo is tied in a knot or not. So here are all the answers you seek.

Elijah Wood welcomed his baby with Mette-Marie Kongsved in 2019

Us Weekly confirmed that Wood and Kongsved quietly welcomed their first child together in 2019. In July 2019, the Danish producer made her first public appearance with a baby bump.

According to an article by People, the actor was photographed in Los Angeles with his partner Kongsved shopping for furniture.

Wood wore jeans, brown shoes, and a button-down over a patterned white shirt.

Meanwhile, Kongsved was wearing a burnt-orange midi dress with a ring on her left hand and a very noticeable baby bump.

When he guest-appeared on Late Night With Seth Meyers, the Lord of the Rings actor revealed that they found out they were expecting a child on Christmas Eve 2018.

“I haven’t had a cigarette since Christmas Eve,” Wood told the host, “And that night, I found out we were pregnant.”

They never really revealed the date of their child’s birth. However, when the couple arrived together at various events later, the bump was gone.

They were later seen at the Emma premiere in Los Angeles in February 2020. The Danish producer was holding a glass of champagne and did not appear pregnant.

Elijah Wood and Mette-Marie Kongsved were rumored to be engaged

Even though the twosome previously sparked engagement rumors when the producer was seen wearing a ring on her left hand during the summer of 2019, Wood referred to Kongsved as his girlfriend while speaking with Meyers.

It is only easy to guess that the couple is not married yet.

Wood and Kongsved collaborated on the 2017 film I Don’t Feel at Home in This World. The couple made their relationship public in January 2018 when they were photographed holding hands in Pasadena, California.

They made their first public appearance as a couple in February 2019 at the Rodarte FW19 fashion show.

Before dating the mother of his child, Wood was in a relationship with Pamela Racine from 2005 to 2010. The actor revealed he hoped to marry and have kids someday a year after their separation.

“Eventually I want to get married and have kids. I don’t have it written down when it’s going to happen for me at the moment though,” Wood told ContactMusic in December 2011.

“I would love to have a family one day. I’ve got a lot of friends who have families and it’s a time in my life that I look forward to. It’s also the kind of thing where you need to have things in place beforehand.”

Kongsved was also in a married relationship prior to dating Wood. From 2011 to 2017, the Danish producer was married to director Evan Louis Katz.