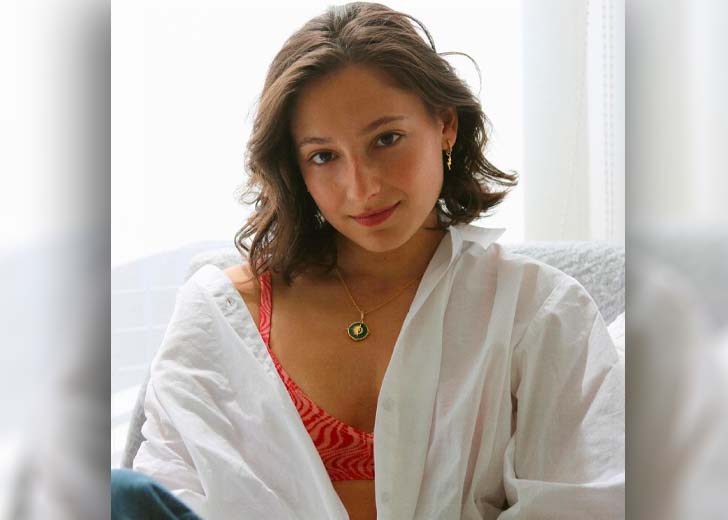 Elisha Applebaum is an actress and director widely known for her role as Musa, a mind fairy who feels other people’s emotions, in the supernatural series Fate: The Winx Saga.

Hailing from Hertfordshire, England, Applebaum began her career in 2014 when she starred as Gipsy Traveler on an episode of the series Glue. Later, in 2016, she landed a role in a documentary series called Obsession: Dark Desires.

In 2021, the actress returned with a bang when she was cast as one of the lead roles in the Netflix series Fate: The Winx Saga. The series’ second season will be released on Netflix on September 16, 2022.

Season 2 finds the school back in session under Rosalind, Alfea’s previous headmistress, who rules with an aggressive demeanor.

The Alfea of last year has evolved with new magic, new romances, and new faces since the Burned Ones vanished, Farah Dowling [played by Eve Best] “disappeared,” and Saul Silva [played by Robert James-Collier] was put in prison for treason.

The actress gave suggestions following Musa’s storyline. Musa is romantically involved with her best friend Terra’s (played by Eliot Salt) brother Sam Harvey (played by Jacob Dudman) but keeps it a secret from her best friend.

In a recent interview with BriefTake, she was asked, “What do you think of Musa’s choice to date her best friend’s brother and then not to tell her about it?”

Musa, in Applebaum’s opinion, should have made a remark. She believed that keeping it a secret is wrong in any situation and that one must speak up as a friend.

She even suggested if she were in Musa’s shoes, she would not have dated her best friend’s brother. She said, “Your pal if they’re your friend, they will be there for you even if it is a brother, or whomever. I mean, I don’t recommend it.”

The Fate: The Winx Saga star also justified not dating your best friend’s brother since, in her words, “Don’t eat where you go to the bathroom,” however she did advise doing it if you genuinely want to.

Is ‘Fate: The Winx Saga’ teasing Rivusa in season 2?

According to the season’s teaser video, Riven (played by Freddie Thorp) will reach out to the Winx once more in the midst of all of this, giving fans hopes that Rivusa will indeed be a reality in Fate: The Winx Saga season 2.

In any case, if Rivusa turns out to be a reality in Fate: The Winx Saga season 2, fans would want that they might be happy together this time.

Hardcore fans of the show caught a glimpse of training between Riven and Musa in the behind-the-scenes footage of Fate: The Winx Saga season 2, which reignited optimism that Rivusa might actually appear in the second season of the show.

Even though it was only a brief moment, it was clearly not a short scene like in season one of Fate: The Winx Saga.

According to the possibility that Fate: The Winx Saga season 2 adapts or changes the Rivusa story, given where the series left Riven after collaborating with the enemy in season one before Rivusa can even begin to be a possibility or, at the very least, get closer to each other, Riven must choose where his true allegiance lies.