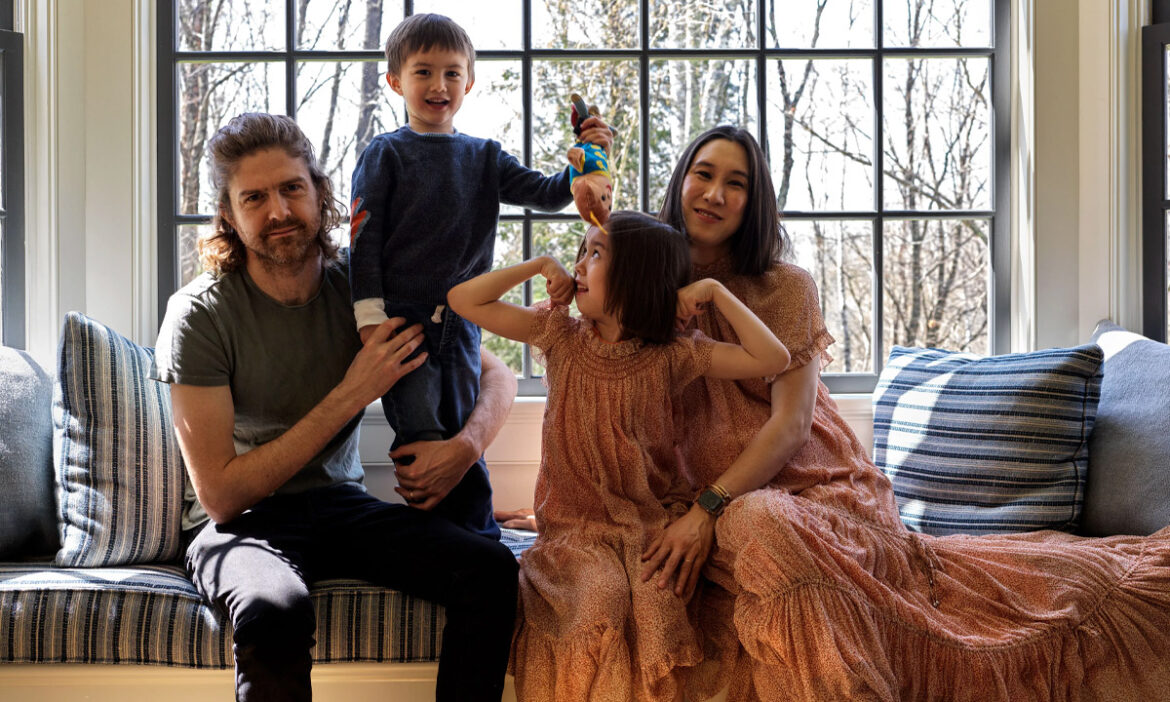 Eva Chen is a very well-renowned figure in the world of journalism and fashion.

She is a children’s book author and Instagram’s director of fashion partnerships. She formerly held the positions of editor-in-chief of Lucky and head of beauty and wellness at Teen Vogue.

Chen has a very successful career which is lauded by many. She also has a supportive family, including her husband, Thomas Bannister, and the three children she shares with him.

Eva Chen, her husband, and children

Chen met her husband, Thomas Bannister, during her senior year of college while studying abroad at Oxford University. According to Chen’s Instagram, the two met when they were 19.

They soon started dating and have been together ever since. However, it is unknown when the pair tied the knot and got married.

Chen and Bannister have three children —  Ren, Tao, and River. Their daughter Ren was born in 2015.

Chen shares much about her husband and children on social media. It seems like she enjoys sharing her life and family with her fans and followers.

From having a night out with her husband to playing dress-up with her children —  the journalist keeps her Instagram updated with precious moments she shares with her family.

Thomas Bannister served as the studio’s creative director for Billion Dollar Boy for two years, from 2019 to 2022. In addition, he helped create SXM Entertainment, a business that was founded in 2008.

He also served as the Warp + Weft Launch Campaign’s creative director. He was the executive producer and creator of ChefShock, Twitch’s first original series.

Bannister has created and served as executive producer for numerous brand campaigns over the years, including SOS Island, Jumps Out, In A City w. Joseph Gordon Levitt, CrowdFunded, Trick Shot Lab, Fruit Ninja Live, The Comment Show, Armed Response, The Photographer, The Ultimate Multi-Tasker, and Fact Checkers Unit James Franco Edition, among others.

But currently, he has diverted his attention to a new venture. He founded a granola brand called Tom’s Perfect 10 during the COVID-19 pandemic and found himself switching his career from being a Creative Director to a business and start-up owner.

According to his LinkedIn profile, he is currently focused on Tom’s Perfect 10 and is building his brand. At the same time, he is looking to work with a couple of exciting companies in a freelance capacity.