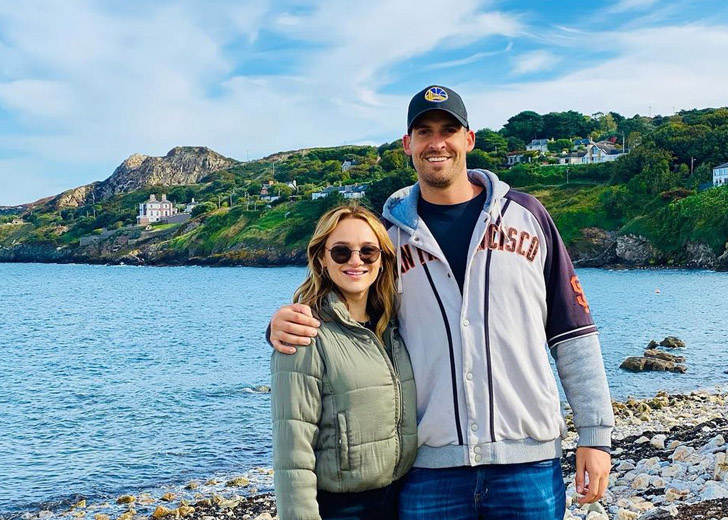 American actress Hunter Haley King or Hunter King, born Haley Ashley King, is best recognized for her role as Clementine Hughes on Life in Pieces, Adriana Masters on Hollywood Heights, and Summer Newman on The Young and the Restless (2015–2019).

As of now, she has 25 credits to her IMDb profile. She was given the name Haley King early in her career, but her name was subsequently changed to Hunter King. Additionally, she is known for her relationship with Joey King, who is her younger sister.

Coming over to her personal life, Hunter and her fiance, Nico Svoboda, had broken up over two years after being engaged, per US Weekly. Has the actress been dating anyone after her broken engagement?

The Young and the Restless actress is currently dating Andy McNeil. And they are not hesitant to show their love for each other through their social media accounts.

They share a glimpse of their lives together, traveling through different cities, on their Instagram account for their fans to see. For instance, King and McNeil looked cozy in a video the actress posted on Instagram from Whistler, a mountainous ski resort region north of Vancouver.

Recently, McNeil posted a heartwarming birthday wish for the actress, addressing her as his better half. The caption on a cute picture that he used of King with her dogs stated: “Happy birthday to my better half @hunterking!!

“From Paris to Vancouver to Ireland to Disneyland, I couldn’t have asked for a better adventure partner! Whether it’s random dance parties, House Hunters marathons, or petting every puppy we find, you’re the only person who makes me laugh until I pee my pants on a daily basis. Cheers to many, many, many more love!” he further added.

King replied to the post with a sweet comment, “My favorite birthday yet because I get to spend it with you. Thank you for making my life better, brighter, and full of so much laughter. love you, babe!”

Hunter King with her boyfriend, Andy McNeil, at the Cliffs of Moher Experience (Photo: Instagram)

According to Daily Mail UK, the actress and her ex-fiance, Nico Svoboda, started dating in July 2016. And years later, in 2018, King said “yes” when her lover Svoboda got down on one knee for a surprise beach proposal.

“I love you FIANCÉ!!!! I CANT’T BELIEVE I GET TO MARRY MY BEST FRIEND!!! Thank you for making yesterday the best day of my entire life!” the 29-year-old wrote in a now-deleted post on her Instagram.

However, their togetherness wasn’t meant to last long, and their engagement was called off in August 2020. “They called off a few months ago,” a source told US Weekly, adding that it was a mutual decision, and they still follow one another on social media.

In May, the actress fueled a split rumor when she published Instagram images without her engagement ring, including a video with her dog and a snapshot in a pool. In other photos, King has hidden her left hand.