Are Hunter King and Joey King Related? Inside Their Relationship 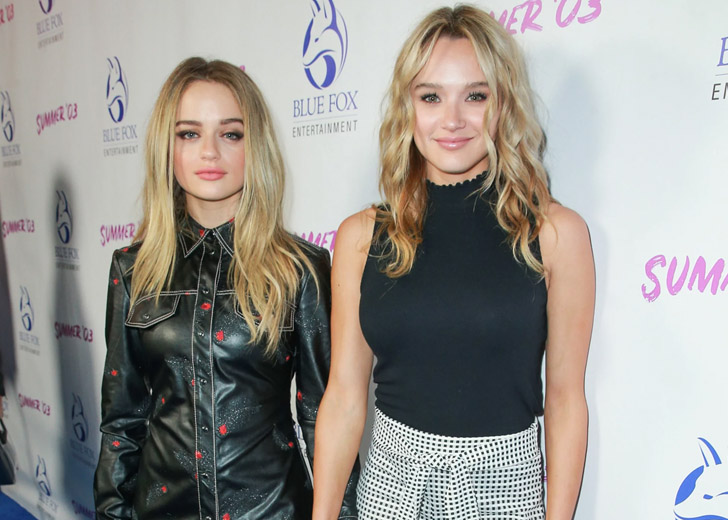 American actress Joey King is best known for her role as Ramona Quimby in Selena Gomez’s on-screen family comedy-drama Ramona and Beezus. She also came into the limelight for her role as Elle Evans in Netflix’s The Kissing Booth film series.

Since her rise to fame, people have become invested to learn more about her, especially if she and Hunter King are related. And the answer is yes; the two are related. In fact, Joey and Hunter are blood-related because they are sisters.

The King sisters were born to Jamie and Terry King. They are close and appear to have a good relationship despite being in the same profession. The duo frequently shares photographs, especially on special occasions such as birthdays and family gatherings.

For instance, Hunter wished Joey a happy birthday in a post on July 31 that included a video of them together. She wrote, “23 years ago, my life got a lot better and a whole lot funnier. At 6 years old, I remember being so excited to meet you.”

“And I knew the moment I laid eyes on you that we’d be best friends. Damn, was I smart. To say I feel lucky to call you my little sister would be a massive understatement. Thank you for filling my life with so much joy. Happy birthday, buddy; I love you @joeyking.”

Moreover, Joey revealed in an interview with Howard Stern that she bought a house in Los Angeles and has been living there with her mother and sister for several years. Hunter’s fiancee also lived in the house with them at one point.

The closeness between her parents and sisters grows closer during the Covid-19 pandemic. She also shared a photo of her family celebrating each day with a different theme. She captioned the photo, “With all the dress-up and celebrating, quarantine was a blast.”

Joey also enjoys living with her sister because she gets to prank her. She even admitted to switching out Hunter’s deodorant for cream cheese on April Fool’s Day while promoting The Act on The Ellen Show in 2019.

Joey King and Hunter King worked together in ‘Life In Pieces’

Joey appeared in three episodes of Life in Pieces in 2019, starring her older sister Hunter. It was an honor for the sisters to work together in the show. Life in Pieces is the story of a large and happy family, each member approaching a different milestone.

Joey And Hunter appeared together in ‘Life in Pieces’ (Source: Twitter)

Even though both have been acting for more than ten years (Hunter’s first credits date back to 2001, while Joey began in 2006), this is their first time working together. Previously, Joey and Hunter told Entertainment Weekly they wanted to collaborate on a project.

Although their characters in Life in Pieces came from very different worlds, Hunter and Joey shared screen time on the show. Joey described how their bond made the experience seem unreal.

Joey and Hunter have been best friends for life. (Source: Instagram)

Joey also shared some lovely words about her relationship with Hunter, saying, “Hunter and I, we got along really well. We’re kind of like best friends. So the idea of both of us doing what we love and hanging out together was almost too much for us.”

After experiencing the thrill of working together, The King sisters are eager to collaborate once more. Joey said, “Hunter and I want to collaborate more, so please include us.”