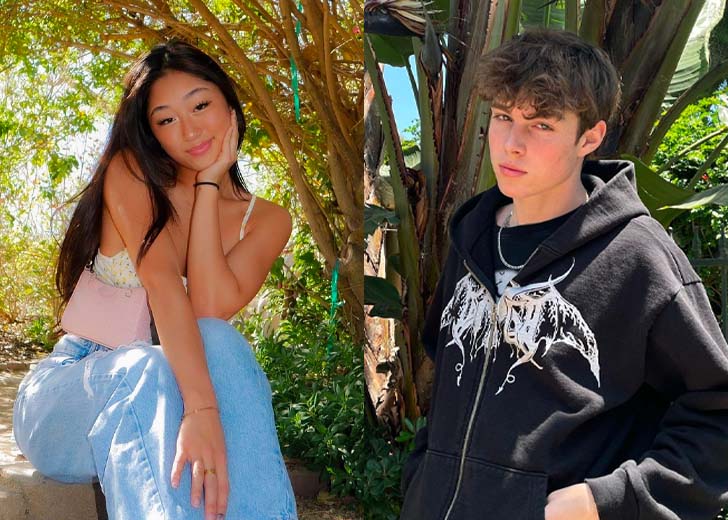 Jackson Dean is a TikTok star who currently resides in Los Angeles, California. He is also a content creator well known for his lip sync videos.

More than 5 million people have followed him thanks to his charming personality. The star joined Hype House just recently in 2022.

Primarily his videos are based on pop songs and rap tunes, and he also makes a lot of TikTok videos in his car.

He also has YouTube channels, Jackson Dean and Jackson Dean 2, where he posts different content like ‘Letting TikTokers Control My Life For 24 Hours,’ ‘Who Can Make The Most Money in 24 hours,’ and many more.

His main channel, Jackson Dean, has over 73 thousand subscribers, while his second channel has gathered only 3 thousand followers.

Many of Dean’s admirers are curious about his relationship, so bad news to you girls! He is not single and is dating a Hype House member Paige Taylor.

Fans started questioning whether the stars were dating when they chatted about Hype House and its members on TikTok live.

In the tiktokinsiders-reposted video, Dean can read aloud a fan’s query, “Are y’all dating?” as Taylor chuckles. He paused for a moment before responding, “Yup,” as Taylor waved and exclaimed, “woooo.”

The pair only revealed that they were in a relationship and did not disclose the details, like how it started or when they got into a relationship.

Besides TikTok, Dean is also active on his Instagram and is available under the username @jacksondean. He regularly posts on his account and is very interactive with his followers.

He often posts portraits of himself and sometimes uploads pictures with the members of the Hype House.

TikToker joined Instagram not too long ago. He posted his first picture on September 25, 2019, just before COVID-19.

In his TikTok posts, Dean has mentioned his family a few times. On Mother’s Day in 2020, he uploaded a TikTok video featuring his mother and made an adorable video with her.

Dean is not the only son; he has a little brother with whom he has posted numerous TikTok videos. On January 13, 2021, he made a TikTok video with his mother and brother in the song ‘SpotemGottem.’

However, there is not much information about his parents on the internet yet.

How old is Jackson Dean?

In a recent TikTok video, Dean revealed that he is 6 feet tall (183 cm). He has modeled for various brands and has his merch line called a vivid management store.

Dean loves cars, and he also owns one, which is quite popular among his fans. He has an estimated net worth of $4 million, as per BigStarBio.