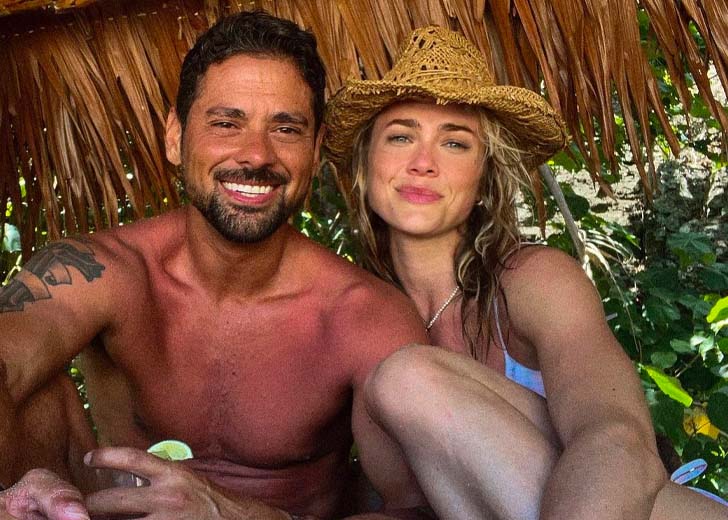 Canadian-American actress Melissa Roxburgh is best known for her role as Michaela Stone in the supernatural drama television series Manifest.

The actress turned 30 on December 10, 2022. And this year, on her birthday, Roxburgh’s Instagram story was filled with birthday greetings.

Some well-known people, including Bartlomiej Kurela and Samantha, sent her birthday message via Instagram.

Samantha posted the story of her and the actress wearing a black dress and wrote, “Always the best time doing the most and the least together. So grateful for our friendship. I love you so much.”

However, the actress’s boyfriend, J.R. Ramirez, did not wish her a birthday on social media. Still, it appears that Roxburgh went on vacation with her boyfriend for her pre-birthday celebration.

On December 8, 2022, Ramirez posted pictures of him and Roxburgh on Instagram and captioned, “I’ve been blessed enough to travel quite a bit of this world. I’ve never experienced such a happy, charismatic culture as these Fijians. Truly they’ll take the shirt off their backs for you. What an unforgettable experience. We’ll be back.”

Similarly, Roxburgh posted a bikini photo on the same day. We can infer from the actress’s and her boyfriend’s captions that they had the best time together on vacation.

Following the post, one social media user commented, “I’m so happy you enjoyed your holidays, they’re well deserved and I’m so happy seeing you guys together and happy.”

Roxburgh and Ramirez are still together. They’ve been together since 2020. The couple co-starred in the Netflix series Manifest, and Roxburgh portrayed Michaela Stone, while Ramirez portrayed Jared Vasquez.

The duo was once love interests in the series, but everything changed after the events of Montego Air Flight 828.

The romance that ended on-screen is continuing off-screen. The couple was even stopped together at several industry events during New York Fashion Week, including the Harper’s Bazaar Icons party.

Even though the couple was seen together at various events, Roxburgh and Ramirez never addressed the dating rumors because the couple tried to keep it a secret for professional reasons. Still, they were clearly in love with each other.

Moreover, On June 28, 2022, Ramirez posted a behind-the-scenes photo with Roxburgh on his Instagram account. In the photograph, they were standing in front of an NYPD police car. “Ja Cha Ela,” he captioned the post, alongside two police officer emoji.

As the month continued, Ramirez began posting more pictures with his other Manifest co-stars on his social media accounts. Likewise, Ramirez shared a photo of the Manifest cast visiting The Paley Center for Media.

In one of the photos, the actor wrapped his hands around Roxburgh, who was holding Ramirez’s hand.

However, there was a rumor that the couple had broken up because they stopped uploading photos of themselves together and stopped following each other on their social media handles. But those breakup rumors may have been put to rest after the couple responded with photos from their vacation in the Fiji Islands.

Is Roger Black aka Yucko the Clown Married To A Wife?