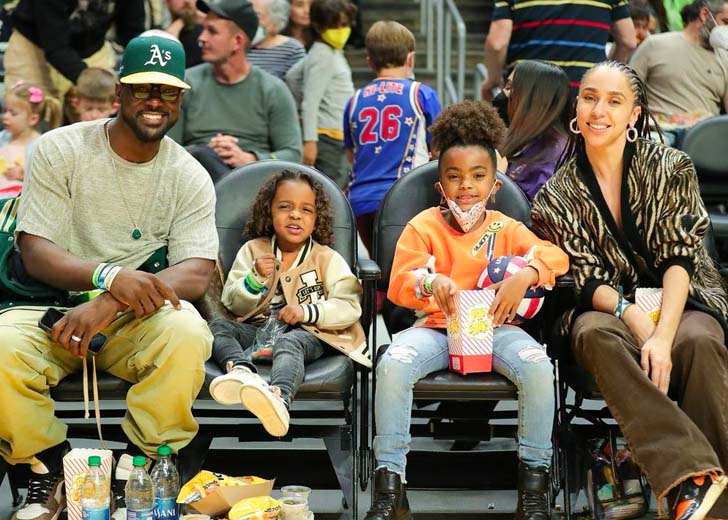 Lance Gross is a famous American actor best known for his role as Calvin Payne on the TBS sitcom Tyler Perry’s House of Payne.

Gross is also widely recognized for his role in the 2008 American rom-com film, 2013’s romantic drama Meet the Browns and Brice, and 2013’s Temptations: Confessions of a Marriage Counselor.

The actor has starred in numerous television series like Grey’s Anatomy, Sleepy Hollow, Tales, Star, The Paynes, Hawaii Five-0, Our Kind of People, and many more.

Gross has acted in many films, including The Last Fall, The Phenom, Deuces, When Love Kills: The Falicia Blakely Story, Dutch, etc.

Gross and his wife Rebecca Jefferson, a stylist, recently marked their seven years of relationship on May 23, 2022.

On the occasion of their seventh wedding anniversary, Gross and Jefferson posted pictures of themselves enjoying the moment on Instagram on May 24, 2022.

The stylist uploaded two images of her with her husband, saying, “Happy Anniversary to my baby. My favorite person. My best friend. Lover. All of that. I love you.”

The first photo displayed the pair having wine, and the second photo showed the duo sharing a passionate kiss. Jefferson also expressed gratitude towards her husband and said she was “thankful” to have Gross as his partner.

Similarly, Meet the Browns’ actor via his Instagram shared a series of their portraits, captioning, “Cheers to us! I love you more each day and in every way! Forever & always. Happy Anniversary Baby!”

On May 23, 2015, the couple exchanged vows in a stunning ceremony close to Los Angeles. Since then, both of them have shared touching tributes on their social media profiles to reflect on and remember their love.

The union of Gross and Jefferson was, in fact, a beautiful occurrence. The House of Payne actor posted a video montage of priceless moments shot at the wedding in 2016 when the couple celebrated their first anniversary.

Lance Gross and Rebecca Jefferson are parents to two child

Shortly after getting engaged, Gross and Jefferson revealed to the world that she was pregnant with her first child.

On November 20, 2014, the couple welcomed their daughter Berkeley Brynn Gross. After four years, they welcomed their second child, a son, Lennon Lorin Gross, on July 10, 2018.

The Gross family manages to preserve a strong family dynamic while juggling work, fittings, and travel while still finding plenty of time for their children.

Gross spoke to the audience at the 2019 Essence Festival about a period when he made a significant sacrifice for his family.

The star described, “When I was having my daughter, I got offered a role that shot in Atlanta and we’re from Los Angeles.”

Gross disclosed that he passed the job so he could be with his wife during the birth of their daughter. He said, “Looking back, if I were in Atlanta, I probably would have missed it.”

The Temptation: Confessions of a Marriage Counselor actor and his wife are not just relationship ideals but also excellent parents committed to giving their children the best upbringing possible.