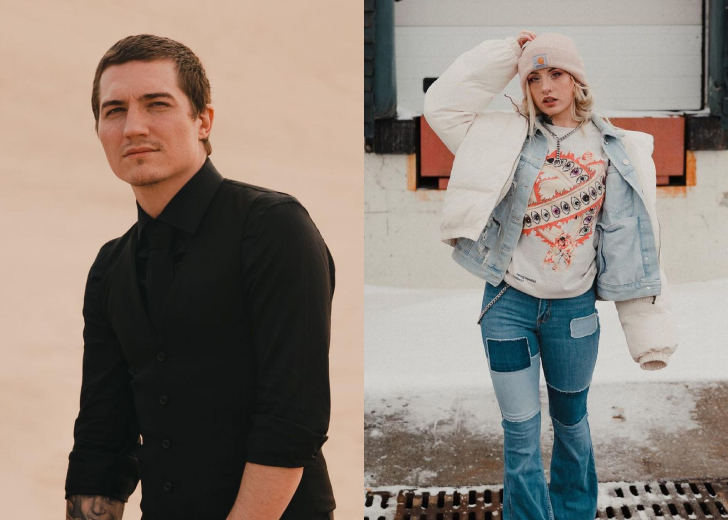 American social media star plus model Nathan Schwandt found love again, despite the end of his years-long relationship with his girlfriend, Jeffree Star, a singer-songwriter. He is currently dating his longtime girlfriend, Dominique.

Schwandt began dating Dominique in early 2020, following the breakup between him and Star. Although they haven’t discussed their relationship in the media, the two have made it known on social media.

The couple shared a photo of themselves, showing their genuine chemistry. The model and OnlyFans performer Dominique, also known online as Darn it Domi, posted images of Schwandt on her Twitter page.

She posted the semi-naked photo of herself with Schwandt and captioned, “Happiest when I’m with you.” Dominique had previously posted on her Twitter account that she had found her match in a Leo Sun, the Zodiac sign of Schwandt, born in August.

As of this writing, Schwandt and Dominique have been romantically involved for about two years. The couple has repeatedly posted pictures of themselves on their social media handles.

Dominique took to Twitter on May 2, 2021, to express her gratitude to Schwandt, posting a couple of his photos with their dog. Along with the picture, she wrote, “the best boyfriend ever who made me feel like the prettiest girl in the world.”

After seeing the post, many of their followers complimented the love birds. “Awesome seeing Nate so happy; your dog is adorable,” one social media user commented.

Likewise, Dominique also tweeted the couple’s photo on April 17, 2021, writing, “It’s impossible to sleep without you.”

On the other hand, Schwandt is less active on social media platforms such as Instagram and Twitter. As a result, he has yet to post anything involving his girlfriend.

Schwandt rose to fame due to his relationship with transgender pop singer Star. The couple met on Instagram after he sent Star a DM, and they gradually became close friends after regularly communicating via text messages and video calls.

Eventually, Star invited Schwandt to see him in Los Angeles, so Schwandt took a flight from Michigan to California to finally meet him. The couple went on their first date in March 2015 to the Santa Monica Pier, where they dined and then took a romantic stroll on the beach.

Later, the couple moved in together at Star’s house in California. Star had referred to himself as Schwandt’s wifey several times at the time, but they were not married. The couples also had high trust and knew each other’s phone passwords.

However, their relationship didn’t last long, as they ended their five-year relationship in January 2020. The consequences of the breakup were devastating, as Star sobbed in a video on his YouTube channel.

At the end of the video, he said, “we are no longer in love with each other but Schwandt will always be in my life.” After their romance ended, Star and Schwandt unfollowed each other on Twitter and Instagram, and Star declared himself emotionally destroyed.

However, Schwandt has never revealed his side of the story following his breakup with Star because he prefers to keep her personal life private.