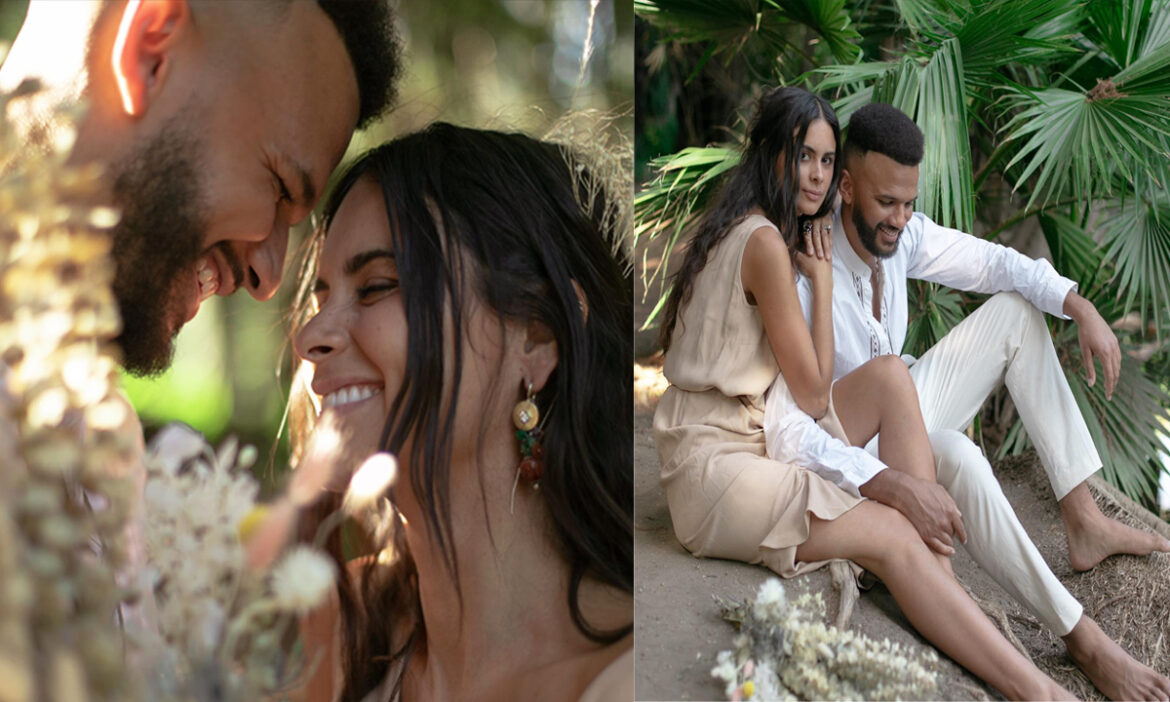 Petrice Jones, best known as Scot Cavendish in the Netflix adaptation of Locke & Key, is very active on social media. He often shares his day-to-day life on the platform, updating his fans and followers.

He usually shares about his wife, Sophia Esperanza. The latter also always posts about her husband and gives a sneak peek into their relationship.

From the day they were dating to their wedding and anniversaries, everything about the two is on Instagram.

Here is a detailed timeline of the pair’s relationship.

Before Esperanza became Jones’ wife, she was his girlfriend for a couple of months. The two started dating in 2020 but went Instagram official in January 2021.

Esperanza shared how she wanted to marry Jones on their first date itself. She claimed that she offered him a mint tea she had made, but it was too strong and almost burnt the actor’s eyes.

Jones also shared his sentiments about seeing his girlfriend for the first time. He explained the experience as unexplainable and compared it with seeing a new color.

By the time Jones revealed that he was dating his girlfriend, the two had already gotten married. However, they chose to keep it hidden from their fans and followers.

After dating for a couple of months, Jones and Esperanza tied the knot on November 4, 2020. However, they did not reveal it until May 2022.

The pair took to Instagram to reveal it. In her post, Esperanza wrote a lengthy caption detailing their wedding.

The two drove across state lines to Vegas and were married by an Elvis Presley impersonator. While only the two of them were present at the venue, they were joined by their family on Zoom.

After exchanging the vows, the newlyweds ate at a buffet and ran errands at the post office. Even though the event was lowkey, Esperanza claimed it was her “dream wedding” in many ways.

Her engagement ring, made of faux pearl, cost $25, and the two bought it at a local vintage shop.  Esperanza joked that they were “$5 over budget.”

Her official ceremonial bands were made by Alexis Pavlantos, a sculptor and caster. Esperanza gushed about how she could not wait to wear it for a lifetime.

She promised that one day they would have a big celebration of their nuptials. She wrote, “To mesh the worlds of Mexico, France, Africa, Britain, Southern influence and not the least our Indigenous roots. In fact – a celebration of all people.”

She ended her caption by saying, “We’ve been existing in our self made sphere for quite some time. Incubating our partnership, learning each other and exploring what it can truly mean to be in a union. With you Petrice, Heaven is a place on Earth.”

Jones commented on his wife’s post, thanking her for marrying him. He wrote, “As if choosing me wasn’t enough, when your wife wants to go pick a vintage ring for $20 because she wants to save money to build a real life together- Well that’s as good as it gets.”

In November 2022, the two celebrated their second wedding anniversary. Once again, they took to Instagram to wish each other on occasion.

They gushed about how much they loved each other and were thankful to be together. They also promised to stay by each other’s side for many more years to come.

Looking at how Jones and his wife are at the moment, it won’t be surprising if they remain married to each other for eternity!