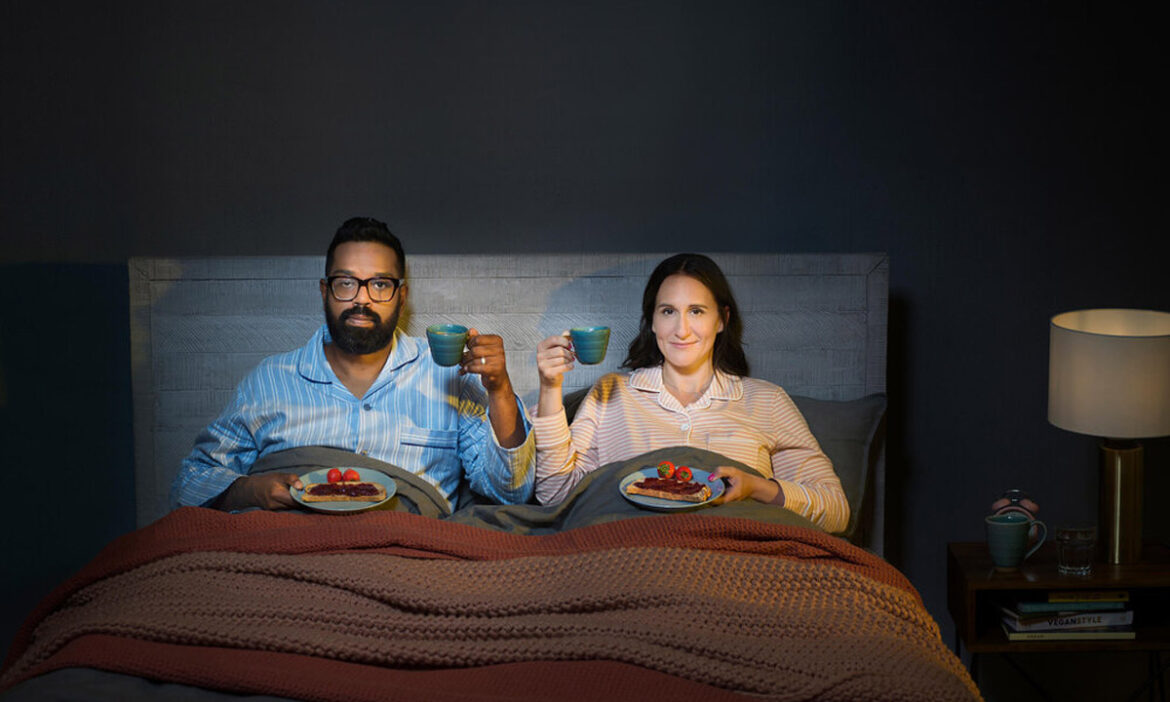 Romesh Ranganathan is an English actor and comedian known for his self-deprecating and deadpan comedy. While he often makes jokes about himself, he adds his family into the mix —  mostly his wife and children.

As a result, most information about his private life is known to his fans and followers via his stand-up comedy. Regardless, many don’t know about Reanganthan’s personal life with his wife and children.

Here is everything we know about the comedian’s personal life.

Romesh met his wife, Leesa Ranganathan, almost two decades ago. He taught math at Hazelwick School in Crawley, and she was a drama teacher at the same school.

The two met in school and eventually started dating. The pair fell in love and got married in 2009.

Romesh’s strongest supporter and the biggest fan is his wife. He has often mentioned that he would not be a comedian if not for Leesa.

He told Marie Claire about the impact Leesa had on him in 2018. When he started doing stand-up, he resigned from his job as a math teacher at Hazelwick School.

Unfortunately, his father passed away three days before he was due to leave. As a result, he could not focus on work.

His car was taken away, and he could not pay the bills. Thankfully, his wife was always there for him.

She never gave up on him or lost faith. Romesh knew he had put his family through a “bad patch,” but Leesa came to his shows and gave him feedback.

He admitted, “Without her support, I wouldn’t have been a comedian.”

As said before, Romesh often makes self-deprecating jokes during his stand-up routine. These are primarily about his relationship with his wife, getting intimate with her, and his role as a father to three children.

While it might be horrifying to some, Lessa is unfazed by her husband’s jokes. She does not mind it because she knows that Romesh is simply doing a comedy bit.

The comedian wrote in his book, As Good As It Gets, “People often ask me if she minds me talking about her, but she genuinely sees it all as just comedy, and therefore meaningless.”

Leesa wrote her opinion on their marriage and relationship in her husband’s book. According to her, the duo is best friends who make each other laugh.

She wrote, “We want to have an exciting relationship, and we try to make the effort, but when the evening rolls round we both end up agreeing that we would rather stay home and hang out with the kids, or have our “date night” at home over a nice meal and some wine.”

All in all, they spend quality time together and are always there for each other.

Throughout their fourteen years of married life, Leesa and Romesh have been blessed with three children — Alex, Charlie, and Theo Ranganathan.

Romesh often talks about his struggles as a father during his comedy routines. He usually jokes about how he regrets having three kids, claiming it is just too many.

On a serious note, he has often pointed out how he did not want his children to be like him. He admitted, “I have an ongoing fear of not wanting my children to turn out like me.”

He clarified that he wanted his children to be individuals but was terrified that they would be “too individual.” “That conflict of wanting to be interested in what they are interested in, as long as everybody else thinks that’s cool and they are not going to get beaten up,” he added.

Despite joking about having too many kids and regretting it, it is evident that Romesh loves his children. In fact, he has gotten tattoos of their names alongside other things he is passionate about, like Richard Pryor, Nas, the Roots, and the Transformers’ Autobot logo.