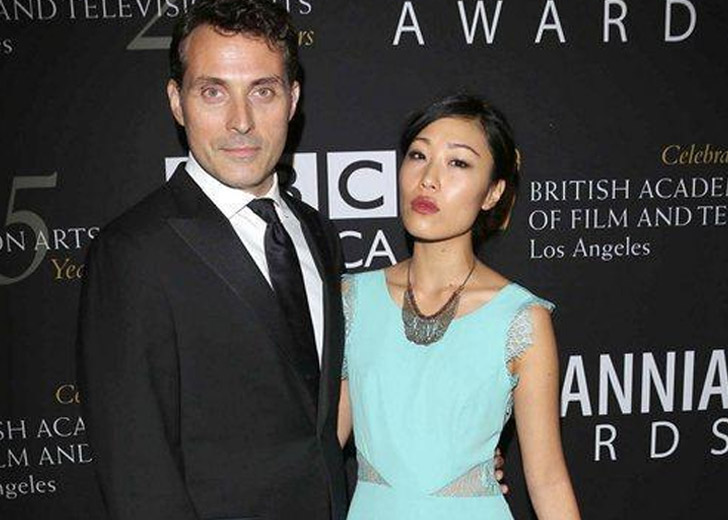 English actor Rufus Sewell is best known for his role in The Man in the High Castle as American-turned-Nazi official John Smith.

Sewell is best known for playing villains in films such as A Knight’s Tale, The Legend of Zorro, Bless the Child, Helen of Troy, and The Illusionist.

Similarly, he made his mark on television recently as Lord Melbourne on ITV’s Victoria. In addition, the actor is set to play Roger Salas in the upcoming series Kaleidoscope.

Who is Rufus Sewell dating now?

Sewell has always managed to keep his personal life private. Therefore, he has only briefly discussed his dating life. However, it’s no secret that he is currently in a romantic relationship with his girlfriend, Ami Komai.

The actor and Komai reportedly met on the set of the TV show The Eleventh Hour. However, the couple had not revealed when they first met. The couple has a daughter named Lola. As for Sewell’s girlfriend, she is a hairstylist and the Editor-in-Chief of the online magazine Bright Lite.

After welcoming Lola, Sewell stated the importance of spending time with his children to the BBC while performing in the 2016 production of Art. He said that he would not have done the show if his daughter could not have joined him in London for Christmas. He said, “I couldn’t have taken the job if that hadn’t happened. It’s the most important thing for me.”

On the other hand, Komai revealed in an interview with The Weekendjaunts that the inspiration for Bright Lite came when she was pregnant with her daughter. When she gave birth to her daughter, some of her deepest insecurities surfaced, particularly those concerning gender. So she was terrified of being a mother to a young girl, and Bright Lite was her way of coping.

Moreover, Komai’s goal in creating Bright Lite was to provide a space for people to communicate and support one another while navigating some of their lives most influential and frightening times.

Komai is 19 years younger than the actor; she is 36 years old as of 2022, and Sewell is 55 years old. Despite their significant age difference, the couple supports and understands each other.

Likewise, when Komai launched the Bright Lite website for the first time in 2018, the actor tweeted, “Bright Lite is Ami’s (Lola’s mum’s) magazine for girls, by girls. Now she’s launched the website. I think it’s amazing.” The actor has always been there for his girlfriend in whatever she does.

However, Sewell hasn’t shared any photos of himself with his girlfriend on social media. As a result, we don’t know whether the couple is together because they haven’t posted anything about their relationship. But as nothing is confirmed, it’s better to assume the love birds are still together.

In Sewell’s early years, he had a wild nightlife, smoked himself into a husky voice, and dated fellow Hollywood stars Helen McCrory, Kate Winslet, and Helena Bonham Carter.

Rufus Sewell had a son with his ex-wife, Amy Gardner. (Source: Twitter)

The actor was in the first decade of his career when he met Australian fashion journalist Yasmin Abdallah. They started a fast-paced relationship that ended in marriage in 1999. However, the couple decided to divorce just one year after getting married.

Four years after his divorce from Abdallah, Sewell married producer and scriptwriter Amy Gardner in 2004. Before their marriage, the couple welcomed their son, William Douglas Sewell, in 2002. However, in 2006, the actor and Gardner divorced.