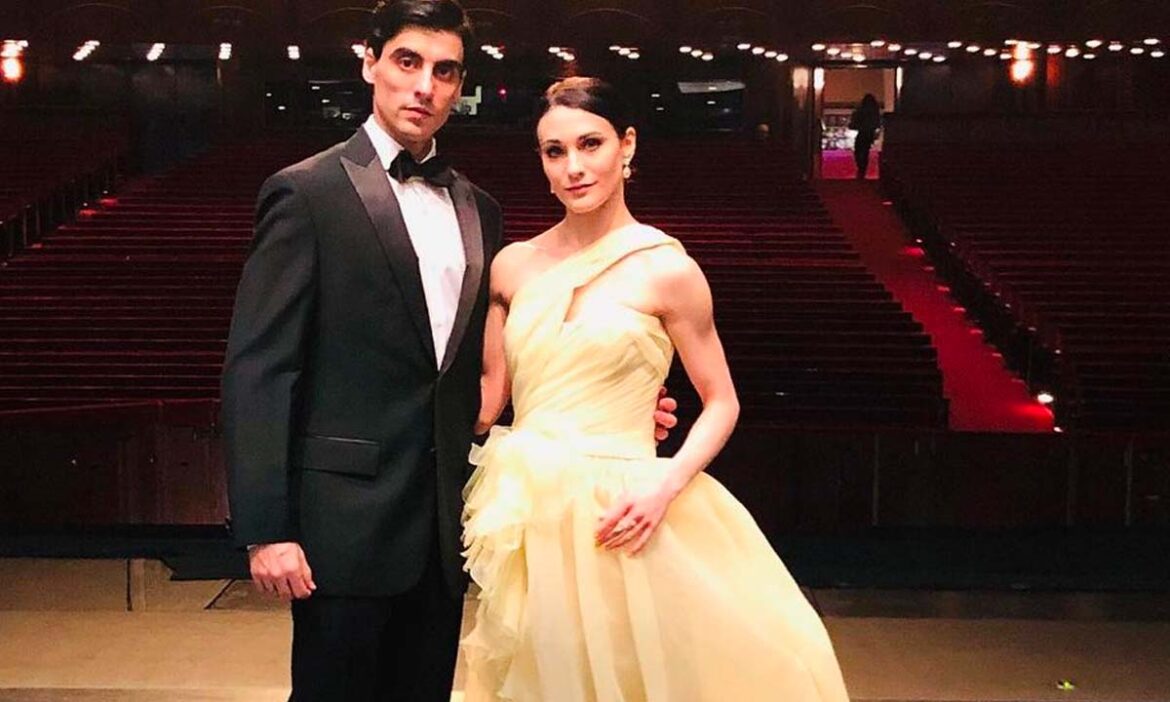 Lane has been interested in dance since she began studying ballet at four in Memphis, Tennessee. She started her career as an apprentice with American Ballet Theatre in August 2003 and joined the company’s corps de ballet in April 2004. In 2007, she also appeared on the cover of Dance Magazine.

Later, the ballet dancer received four successful role debuts as part of ABT’s 2017 season at the Metropolitan Opera House, including the title role in Giselle, Odette/Odile in Swan Lake, and a leading role in Souvenir d’un lieu cher.

The ballet dancer portrayed the spoiled troublemaker Younger Sister in Antony Tudor’s dramatic ballet ‘Pillar of Fire.’ She later explained how she could make the character sympathetic, “It’s a very subtle thing. You have to find the right balance.”

Lane also appeared in Crossline, The Quieting, and Chesapeake Shores. Many of her followers are interested in learning more about her personal life after watching her ballet dancing moves.

Lane met her husband Ribagorda during her first or second year in the American Ballet Theatre. In an interview with Pointe Magazine, she said, “I was such a workhorse that I don’t think I allowed myself to be truly happy until I met him.”

Back then, the ballet dancer considered her now-husband a healthy distraction. Lane drove Ribagorda insane during the early stages of their relationship because she couldn’t make up her mind.

After a few months, the pair began dating, and Lane considers it to be the best thing that ever happened to her.

Sarah Lane and Luis Ribagorda have been married for over decades. (Source: Instagram)

Eventually, Lane and Ribagorda married in December 2007. She told Interview magazine that her relationship with Ribagorda has helped her balance her life because they can unwind together after 12 hours of classes, rehearsals, and performances.

The couple has also shared numerous photos of themselves on social media. Lane posted multiple pictures with Ribagorda on their 15th anniversary on December 2, 2022.

Along with the image, she wrote in Spanish, “Hasta el fin de la eternidad, te quiero y te amo,” which translates as “Until the end of eternity, I love you and I love you.”

Despite being married for over a decade, the couple has yet to have a child. Currently, the duo lives in Union City, New Jersey, and their favorite destination for travel is Japan because, according to Lane, it is a respectful, perfectionistic society.

Just like Lane, her husband is also a ballet dancer. He is also a director, cinematographer, writer, editor, and producer.

Ribagorda released his first short film, On a Grass Field, in 2015. His movie won the Best Short Film category at the Golden Door International Film Festival. His other movies include The Waterbird, Drome, and many more.

Furthermore, Ribagorda and Lane have collaborated on several projects. On January 15, 2021, Richmond Ballet announced on Facebook that Lane and Ribagorda would perform as part of the February Studio Series.