All about The Baby-Sitters Club actress Shay Rudolph mysterious boyfriend. 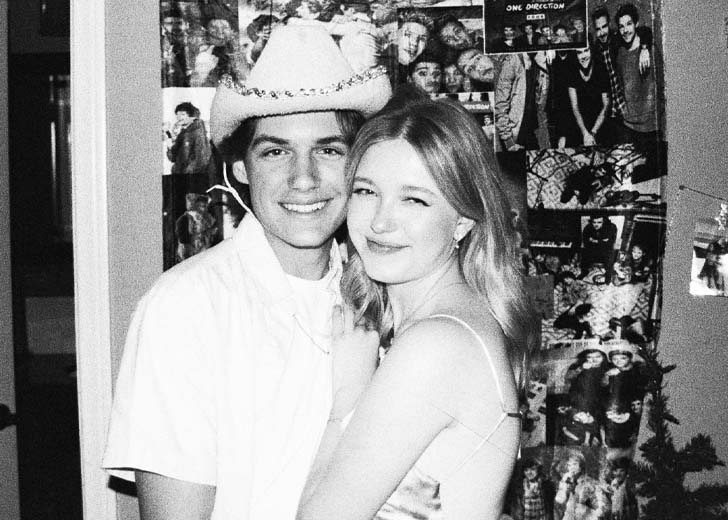 Shay Rudolph is an American actress known for starring as Stacey McGill in the 2020 Netflix series The Baby-Sitters Club.

Rudolph has starred in several movies, like Becky Thatcher in The Adventures of Thomasina Sawyer, Gisele in Less Than Zero, and Abbey in the 2020 TV movie Rita.

Despite being a rookie on the field, she had already played a more prominent role before becoming even more well-known on The Baby-Sitters Club. From 2018-2019, she did a fantastic job with her part of Maya Flynn in an American cop action comedy series, Lethal Weapon.

According to Rudolph’s IMDb profile, her upcoming project is co-starring in the film The Present, where she is set to play the character Emma. The story is about a clever young child with autism who learns he can control time.

She was recently announced as a co-producer and co-host of the highly anticipated Smart Girls Podcast. She enjoys writing, playing piano, and guitar while she is not acting.

Shay Rudolph’s mystery boyfriend is not a mystery anymore

On May 14, 2022, Rudolph made a relationship announcement via her Instagram. She shared an adorable video of herself being wrapped with her boyfriend’s arms around her waist.

The couple kissed passionately in the video, taken at dusk nearby a lake. The footage raised several questions. Many fans were curious to know who the lucky guy was as she did not mention his name.

The comment section was full of fans wanting to know about the mysterious guy. After a day, on May 15, 2022, Rudolph again shared a series of pictures with her mysterious boyfriend.

The pair went to prom together. The actress wore a lovely long dress with floral designs and matched it with converse sneakers. Likewise, her boyfriend wore a blue suit with a pink tie.

On July 2, Lethal Weapon’s actress uploaded a portrait of her with her mysterious guy on a beach and captioned it “beach day.”

One of the fans claimed that he looked like Joe Kerry in the picture. The fan commented, “He kinda looks like Joe Keery in this photo.”

Another follower wrote, “Is that Joe Keery?” Many fans believed the boy was Kerry, but the truth unfolded when a fan under the handle @shaysrosie commented, “SHARLIEEE,” in a post, Rudolph shared on August 10, 2022.

Upon more investigation by fans, they found out that the mysterious guy was Charlie K. In the same post, he commented, “we look like Shrek,” and she replied, “@ckuff21 stole my words.”

K’s remark revealed that Rudolph and he were dating, ultimately relieving their admirers’ search for the mystery man.

K’s first post was with his girlfriend Rudolph on May 15, 2022, when they went to prom. He captioned the picture, “best dressed.”

Again on May 24, 2022, he posted another picture of them wrapped around in each other’s arms.

Many fans could not believe that Rudolph was no longer single when she first posted a video with K. “Who is that?”, “Who is this guy is her boyfriend,” were some of the comments fans made when they first witnessed the video.

But many fans were happy to hear that she was with a loving guy as one of the fans wrote, “you two are adorable.”

Another comment read, “I’m so happy for you.” The third follower said, “so perfect.”