Tim and Amy's relationship was said to be on the rocks because they cheated on each other. 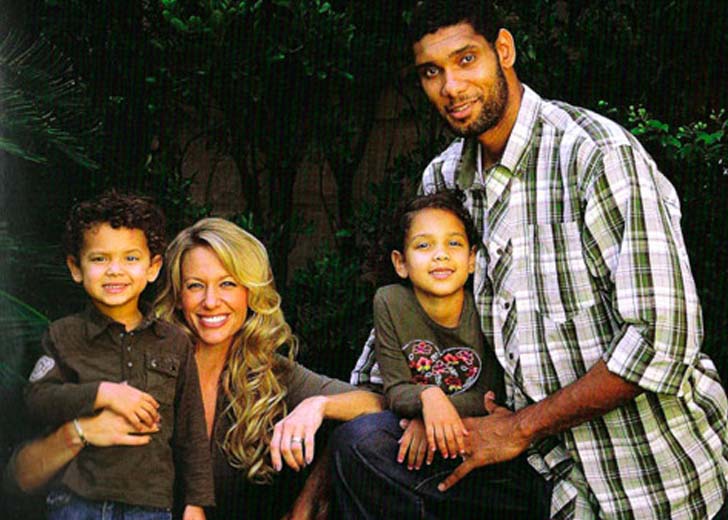 Amy Duncan and Tim Duncan is a hot topic not only because Tim led his team to their fifth NBA Finals appearance in 15 seasons but also because of their personal life.

Amy married the well-known basketball player Tim on July 1, 2001. They first met while attending Wake Forest University and began dating in 1992. In addition, the couple has a son named Draven, who was born on August 3, 2007, and a daughter, born on June 27, 2005.

Their third child is a daughter named Quill, who was reportedly named after the Guardians of the Galaxy character Peter Quill, aka Starlord.

However, the couple decided to get divorced in 2013 after twelve years of marriage.

The ex-Duncan couple was going through an ugly divorce after 12 years of marriage and spent the regular season concerned about infinity allegations. The case was heard in Bexar County District Court.

Previously, Tim was said to have had doubts about Amy for a long time. According to the Express-News, he hired a private investigator to find out what she was up to. It’s unclear what he discovered, but Amy filed for divorce on March 27, claiming their marriage was unsupportable due to discord and conflict.

There is also speculation that Amy believes the NBA All-Star is dating another man. Tim lived with another man four years after meeting at Wake Forest University, according to Hollywood Street King’s gossip website.

The unidentified man reportedly lived in the same house as Amy and Tim for the first two years of their marriage before the San Antonio Spurs star purchased an apartment for him.

Tim and Amy’s relationship was also said to be on the rocks because they cheated on each other. A source told Hollywood Street King, “Tim is aware that Amy has been cheating on him, but he is willing to give her whatever she desires because he does not want Amy to reveal to the world that he is bisexual.”

Amy and Tim’s 12-year marriage is officially over after five ugly months. The ex-couple completed the paperwork in a private hearing that did not take place in a courtroom and was not recorded on any docket. The judge made a rare “house call” to complete this without drawing media attention.

In March, Tim had hoped to wait until the NBA season was over before filing his petition, and instead, it was made public just as the Spurs were about to reach the NBA Finals. The district judge who granted the divorce did so during his lunch break during a hearing at Tim Duncan’s lawyer’s office.

Additionally, the NBA star’s former financial adviser was sentenced to prison after the NBA star pleaded with a Texas court to punish him for stealing millions while managing his money.

During his testimony, the San Antonio Spurs champion compared the betrayal he felt from his former adviser to that of his ex-wife.

The Houston Chronicle told the court, “Judge Biery, you may not understand how difficult it is for me to be in the public eye in this horrible way – as the poster child for a dumb athlete whose financial adviser took his money.” He also added that it was a similar betrayal to his feelings when his marriage ended.