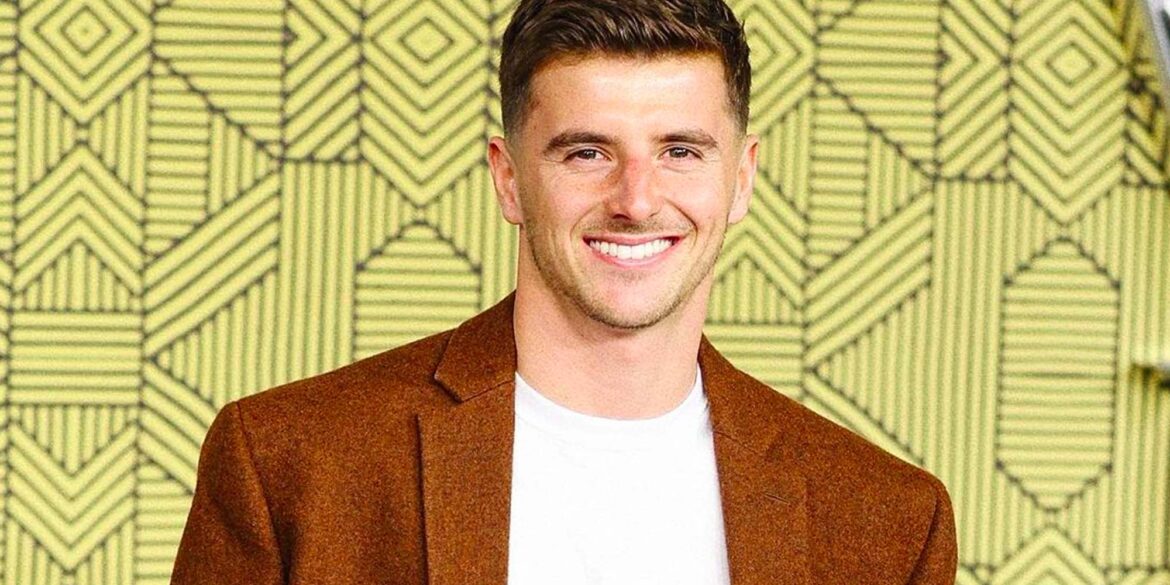 English professional footballer Mason Mount is a central midfielder for the Premier League club Chelsea and the England national team.

He was always interested in football as his father was a former non-league footballer who later coached local clubs, including Havant Town.

The sports star has represented England since he was 15 and made his senior debut in 2019 at 20. He joined the Euros team last year, and the team made it to the final at Wembley.

Mount was focusing on the 2022 World Cup in Qatar 2022, and he had a big dream of bringing the World Cup to his country. Despite their preparation and hard work, England was defeated 1-2 by France in the quarterfinals.

Does Mason Mount Have A Girlfriend?

As of 2022, Mount is single. When asked about his relationship status, he said, “Football is my priority.”

Even though the playmaker insisted on putting his career first, when asked if he was in the dating scene, Mount shrugged and said, “Sometimes when I come up to London.”

But the footballer confirmed that he isn’t using dating apps like Tinder or Hinge.

However, Mount was in a relationship with model Chloe Wealleans-Watts. The couple met in 2017 and began dating shortly after. They went on numerous extravagant trips together. Watts posted a photo of the couple against a beautiful sunset with the caption, “You made my first time in Dubai unforgettable!’ Thank you very much!”

The footballer’s five-year relationship with model Watts ended, but it is unclear when the pair split. Both of them have moved on and are concentrating on their respective careers.

Does Mason Mount Have A Child?

Mount does not have a child of his own, but he does have a niece, his sister’s daughter. He considers his niece like his own child.

The Chelsea midfielder’s sister, Stacey, lived in Australia and gave birth to his niece Poppy three years ago. But due to the pandemic, Mount was not able to see her.

Stacey recently appeared in Qatar with her child to meet her uncle at the World Cup. After England defeated Iran 6-2, Mount cuddled his niece, wearing an England shirt with his name. He also high-fived other children in his family.

Mount’s net worth is estimated to be £20 million. His primary sources of income are his professional contracts and sponsorship deals.

Mount signed a lucrative five-year deal with Chelsea in 2019 after a successful spell with the first team, keeping him at the club until 2024.

The footballer scored his first Chelsea goal a week later against Leicester City in a 1-1 draw at Stamford Bridge during Frank Lampard’s home debut as manager. He added another in the following game, a 2-3 away win against Norwich City.

Chelsea’s wage offer is enormous, considering his age. However, given his consistent, high-quality daily performances, his salary may be increased shortly.