The couple has been engaged for almost a year. 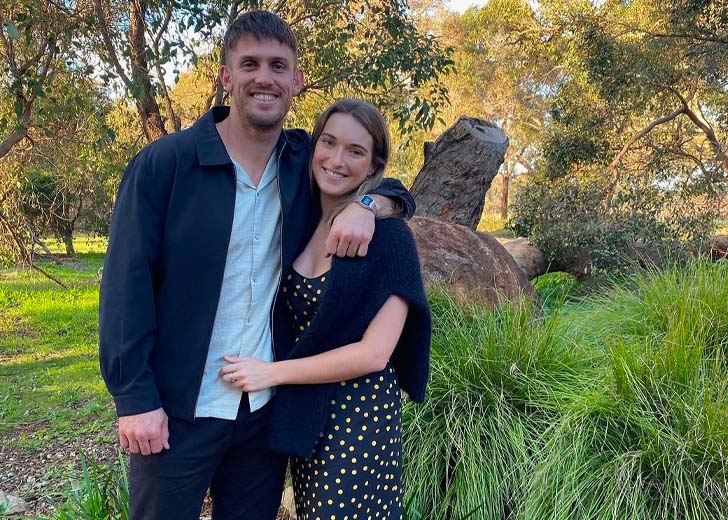 Mitchell Marsh comes from one of the renowned families in the Australian cricket world. It’s so because Mitchell’s father, Geoff Marsh, and elder brother, Shaun Marsh, have played a vital role in some of the great victories of the Australia Cricket Team.

As for Mitchell, he is a talented batting all-rounder who has represented his country in all three formats of the game. As a batsman, he averages 25.2 in Tests, 32.11 in ODIs, and 30.89 in T20Is.

As of this writing, he has scored a total of 16284 runs across different formats and leagues. Similarly, as a bowler, he has taken 444 wickets. Thanks to his outstanding performances, he was even named in ICC Men’s T20I Team of the Year in 2021.

Is Mitchell Marsh married to a wife?

Now that Marsh’s professional career is briefed, let’s look at his personal life, especially since many of his fans are eager to learn more about it. Does the cricketer have a wife? Or dating a girlfriend?

And neither of that applies when it comes to Marsh’s love life. He is neither married nor dating; instead, he is happily engaged to his girlfriend turned fiance Greta Mack.

As for the couple, it’s currently unknown when and how they first met or how long they were together before getting engaged. Nonetheless, it’s no secret that Marsh first introduced Mack to the world on the occasion of Valentine’s Day.

On February 14, 2020, he posted a sweet picture with his partner with the caption, “Love love.” In the photo, Mack was hugging Marsh from the back while both of them put up a smile.

Following that girlfriend revelation, the cricketer posted more snaps alongside his girlfriend. But he did that occasionally only as he preferred to maintain some privacy over their togetherness. Perhaps that’s why Mack’s Instagram handle is private.

Anyway, Marsh and Mack decided to take their relationship to another level after more than 18 months of togetherness [which we know of]. On September 11, 2021, he took to his Instagram handle to announce his engagement to his life partner.

Marsh posted a selfie taken by Mack in which she was flaunting her engagement ring while he stood behind her with his one hand wrapped around her neck. “The love of my life from the day I met her. Best day ever!! @gretamack,” he captioned the post.

Since the engagement announcement, Marsh hasn’t featured his beau, except once when he wished her on her birthday on October 5, 2021. “Happy birthday, my love. You are the absolute best there is. It’s been a fair month! I love you,” his caption read.

And while it’s obvious that he has been keeping his relationship private, Marsh himself isn’t an avid social media user. Additionally, there have been no reports of the engaged couple parting ways. For now, the two are set to mark their first engagement anniversary, and it’s only fair to assume that they are still together.

As for any wedding plans, neither of them has talked about walking down the aisle anytime soon. But Marsh’s fans can hope that the lovebirds would get married sooner than later.