Inside Patrick Mahomes’ Life with Wife Brittany Matthews and Children 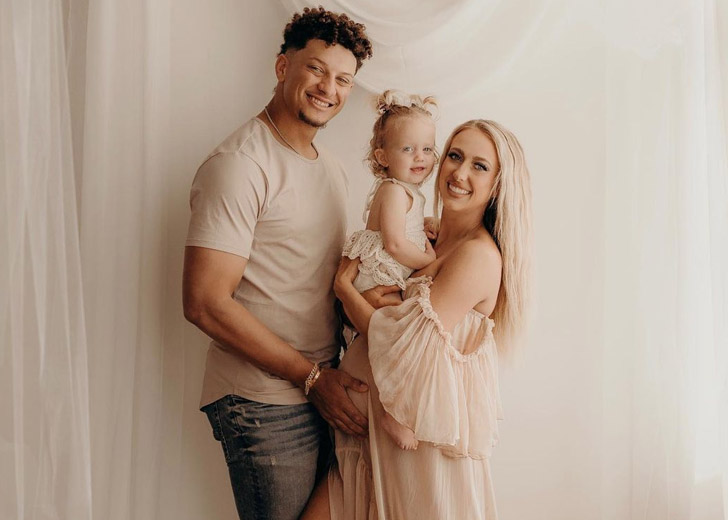 He gave up baseball after his sophomore year to focus exclusively on football. He topped all NCAA Division I FBS players in numerous categories during his junior year, including passing yards (5,052) and total touchdowns (53).

The Kansas City Chiefs picked him 10th overall in the 2017 NFL Draft. One fact about the football star is that he married his high school sweetheart after dating for years. Let’s look into their dating history, marital life, children, and more.

Beginning with their high school sweetheart days, Mahomes and Brittany Matthews got engaged in September 2020. Their relationship began as two friends who went to school together in Texas.

According to US Magazine, when Matthews was a freshman at Whitehouse High School in 2011, the Kansas City Chiefs quarterback grew close to him. After sending her a rose and a Valentine’s Day card the following year, their friendship evolved into something more.

Throughout high school, the athletes cheered for each other — Mahomes played football and baseball, while Matthews was a soccer standout — and were each other’s go-to dates for gym dances.

They both attended different colleges later, but both remained in Texas, which aided in keeping their love alive. The quarterback proposed to his now-wife the same day he won his title ring at Arrowhead Stadium in September 2020, between Super Bowl appearances.

The high school sweethearts got married in 2022

The couple got married on March 12, 2022, almost 2 years after the date of their engagement. By then, they had already welcomed their firstborn child, daughter Sterling Skye, and she was born on February 20, 2021.

Patrick Mahomes and his wife, Brittany Matthews, with their daughter (Source: Instagram)

Days later, Mahomes’ wife said they wanted to wait until they “felt the time was right” before revealing photographs of Sterling’s face, which happened four months later, in June 2021, when Sterling finally made her Instagram debut.

Sterling was the flower girl during the couple’s wedding in Hawaii in March 2022. “Obviously, at first, we wanted to keep stuff private and not have her out there,” the footballer told TODAY in 2021.

“It almost became like a burden to try to hide her at all times when we do stuff, and this coming season we want her to be at the games and not have to worry about hiding her the entire time.”

Matthews and Mahomes announced their family is growing on May 29, 2022. They captioned a series of photos “Round 2!” of themselves and their daughter holding an ultrasound and a sign that reads, “Big sister duties… coming soon.”

Months later, the married couple welcomed their second child. Their son is named Patrick “Bronze” Lavon Mahomes III, born on November 28, 2022. “She loves her brother so much,” Mahomes said of her daughter, Sterling.

The proud mom of two shares her time with the children on her instagram, and fans love to see the family growing together.