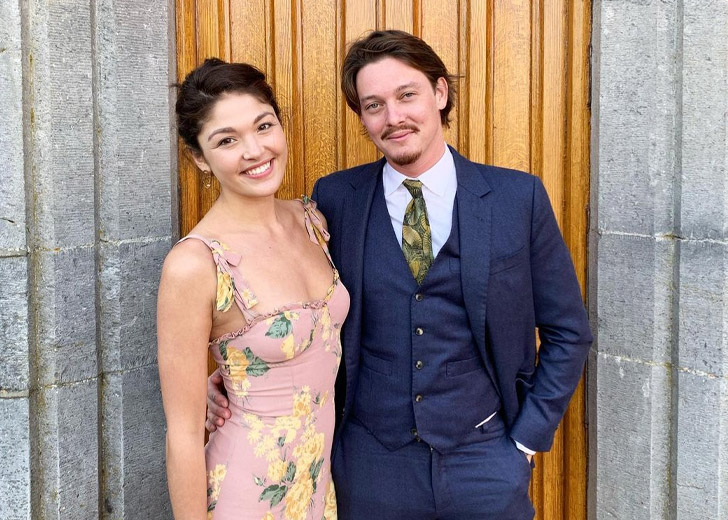 American actress Ellen Tamaki is best known for her role as Drea Mikami in the NBC/Netflix science fiction drama Manifest since 2020. She has appeared in over a half-dozen movies and TV series to date.

In these series, she has demonstrated her exceptional acting abilities. After appearing in several minor roles in films and television since 2015, her first big break came in 2018, when she was offered the leading role of police detective Niko Hamada for 16 episodes of Charmed‘s first season.

In addition to acting, she is skilled in both armed and unarmed combat and can play the guitar. Following her success, many people are curious about Tamaki’s personal life, particularly her dating status and her boyfriend.

Who is Ellen Tamaki dating?

The Manifest actress has kept tight-lipped about her relationship status, so many outlets reported that she is single. However, Tamaki was spotted and photographed with Noah John Hanlon several times.

Even though Tamaki hasn’t made any explicit statements to support her relationship with Hanlon, she frequently tags pictures of him with the phrase “my love.” This implies that they might be dating.

Tamaki shared a video of herself and her alleged boyfriend kissing on February 15, 2019. Alongside the video, she wrote, “I have watched this video approx 1 trillion times. Very very, very, very grateful for my love.” She also tagged Hanlon and thanked him for helping her.

Following the post, one person said, “You’re in love! True love,” while another commented, “This is THE best Valentine’s Day Video, you two #couplegoals are absolutely adorable, Ellen.”

Similarly, on July 15, 2019, she posted a photo of them attending a wedding. In the picture, Tamaki was dressed in a pitch-colored floral dress, while Hanlon was dressed in a dark blue suit.

The actress captioned the photo, “It’s true what they say about an Irish wedding. A beautiful long weekend of Guinness & dancing & love loves love. Huge congrats to one hell of a couple @beninabox & @charlotteheadon.” After seeing the post, many of Tamaki’s followers praised their appearance and said they looked great together.

Noah John Hanlon and Ellen Tamaki appear to get along well. (Source: Instagram)

On the other hand, Hanlon’s Instagram account is private and only has 631 followers. Therefore, only a little is known about him.

Tamaki has kept her dating history private, just like her relationship status. However, she was previously linked with her best friend, Zak Martellucci, whom she had referred to as her “other half” in an Instagram post.

As of 2022, Martellucci has a girlfriend and is happy with her, while the Manifest actress is busy with her acting career and appears pleased with her relationship with Hanlon.

Does Ellen Tamaki have kids?

Tamaki does not have a child, but she adores kids. She frequently shares photos of her nephew on her social media account.

On July 9, 2020, the actress posted a photo of her nephew on Instagram with the caption, “Happy 1st birthday, you joyful soul. It is the greatest birthday present we’ll get to celebrate in the same week for the rest of our lives; our summer, water kinship. I’ll love you forever. Thank you for making me an oba.”