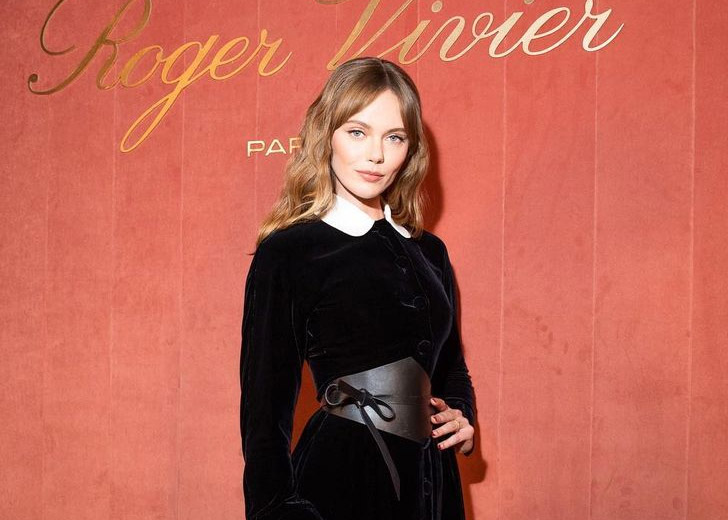 Frida Gustavsson is a model and actress from Sweden. Gustavsson was spotted at an IKEA when she was ten years old, began modeling in 2008, and traveled to Japan the following year to pursue modeling.

She opened the Valentino Haute Couture autumn 2012 show in Paris. She also appeared in the 2012 Victoria’s Secret Fashion Show. Since then, the model has walked with many major brands in the industry.

Gustavsson has had a successful career in the modeling industry ever since she started. Here are some details on her net worth, career, and more.

Frida Gustavsson’s earnings and net worth

Although Gustavsson has had a blooming career in the fashion industry, she has never revealed any details on her income. The internet has not mentioned how much she earns in figures.

However, according to sources like News Unzip, the model has an estimated net worth of $2 million.

She also appeared in the 2012 Victoria’s Secret Fashion Show. Gustavsson is also the face of Maybelline, for whom she was set to appear in advertisements and commercials in late 2013. She was the fourth most requested model for the spring 2010 season.

She has appeared in advertisements for Marc Jacobs, Jill Stuart, Anna Sui, H&M, Max Mara, Tiger of Sweden, and Prada, among others. Gustavsson was named Elle Sweden’s Model of the Year in 2011.

Frida Gustavsson gave up her modeling career to pursue acting

Pursuing a career in the entertainment business is a challenging game. Not only did Gustavsson face that issue head-on and develop a successful career as a model, but she also dared to leave it behind to fulfill her ultimate childhood goal of becoming an actress.

The model decided to drop her modeling career to pursue acting. Gustavsson is now enjoying the launch of Vikings: Valhalla, the sequel series to Vikings. The series takes place around a hundred years after the events that took place in the original Vikings series, during a period of heightened tension between Vikings and English royals.

Frida Gustavsson on the set of Vikings: Valhalla. (Source: Instagram)

In an Interview with Collider, the model-turned-actress said, “I’ve always loved performing and being in front of people. So when I was little, I was acting. I was in theater classes, and then pre-puberty, I went from being this little small child to being incredibly tall, like a stick figure, and I kind of had a hard time with that. I didn’t feel comfortable in my own body.”

“So I kind of lost my confidence to go up in front of people and be like, ‘Look at me!’ And by some kind of divine intervention, someone had a plan for me to deal with all of that, so I was scouted eating meatballs at Ikea.”

“The most Swedish thing ever! When they first came up to me they were like, ‘Oh, do you want to be a model?’ I was choking on my meatball going, ‘What?’ I spoke to my dad who was there with me and we said it might be a good thing for me to try to break out of my shell a little bit and get more comfortable with myself,” she explained how she got into modeling.