"But I probably want children before 30!" Frida Gustavsson said when asked if she wanted to start a family. 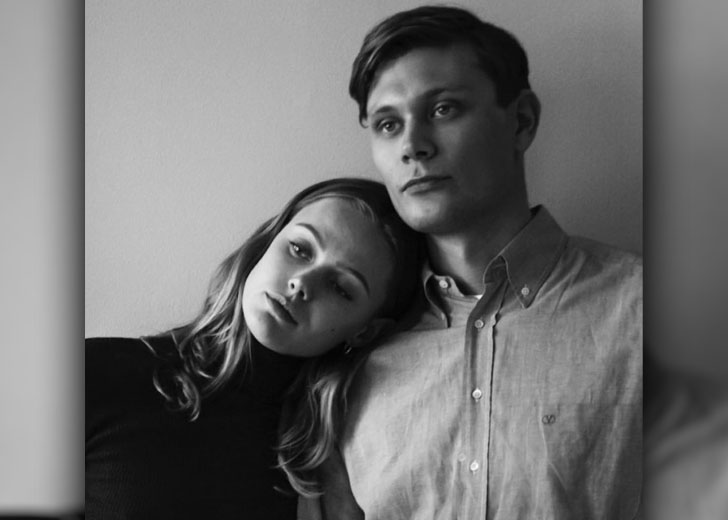 Frida Gustavsson was recently in the spotlight for her portrayal of Freydis Eriksdotter in the Netflix show Vikings: Valhalla, a spinoff series of the original Vikings show. It aired internationally on February 25, 2022, and received good reviews.

The Swedish actress has gained healthy limelight from her early modeling days and her present works in the entertainment industry. Besides, she had also appeared in another renowned Netflix show, The Witcher.

To say, Gustavsson has managed to establish a flourishing career. The same could be said about her personal life with her fiance Marcel Engdahl. However, she has rather kept it low-key.

Frida Gustavsson is engaged to her future husband

Gustavsson and her to-be husband Engdahl have been together for a long time. It’s reported that the couple began dating around late 2016 or early 2017.

On May 29, 2017, the actress took to her Instagram handle to share a picture with her future fiancee for the first time. Sometime after they started dating, they decided to move in together.

After quite a hard thinking of where to live, they eventually settled in Södermalm, Stockholm. Since then, the couple has always been together but keeps their relationship details low-key due to their privacy.

Nonetheless, on a rare occasion in February 2019, Gustavsson revealed a secret. During her interview with Aftonbladet, she spilled the beans on her engagement with Engdahl.

She first mentioned that she has a good relationship with her parents-in-law, and her father and Engdahl’s father are good friends. Then the interviewers noticed matching golden rings on the actress and Engdahl’s fingers. “Are they possibly engagement rings?” they asked.

Gustavsson answered with a yes and announced her engagement. And after going through her past Instagram gallery, it seems like she was already engaged by March 2018.

Frida Gustavsson flaunting what seems to be a gold engagement ring in March 2018 (Photo: Instagram)

Additionally, during the same interview, she has mentioned that a wedding was on the way, but she wasn’t sure about the wedding date as it wasn’t fixed. She said, “It will not be next summer, but maybe the summer after that. But it’s coming!”

She was asked if she wanted to start a family in the end. In reply, she stated that she and Engdahl want that, but for now, she will invest in her acting career and do some stuff internationally. “But I probably want children before 30!” she added.

Going by her words, it might be possible that she and her fiance might have gotten married in secret and are yet to reveal the details about it. But, on the other hand, they might not be married yet and had to postpone their wedding due to the pandemic.

Who is Frida Gustavsson’s fiance?

Gustavsson’s fiance, Marcel Engdahl, is a celebrity family member. His father’s name is Horace Engdahl, and his mother’s name is Ebba Witt-Brattström.

While his father is a Swedish literary historian, his mother works as an author and a scholar – also from Sweden. Apart from his parents, he has three siblings: Caspar Engdahl, Fabius Engdahl, and Axel Holmgren.

Born in 1990, he is reportedly 32 years of age. He celebrates his birthday every year on January 19. As for his education, he studied Art History at Stockholm University from 2017 to 2020 and graduated with a Bachelor of Philosophy (Bachelor of Arts).

For his Master’s level studies, he joined the same university in 2020 and graduated in 2022 with a Master of Arts degree.

Coming over to his profession, his LinkedIn profile mentions that he has been working as a label manager for Northern Electronics since August 2019. Before that, he was an assistant director at Stockholm-based Galleri Belenius – a contemporary art gallery – from February 2015 to August 2019.

Frida Gustavsson used to be a married woman

Before she started dating Engdahl and became engaged, Gustavsson was once a married woman. She was in a marital relationship with a photographer/video assistant named Hjalmar Rechlin.

Their relationship history before getting married remains unknown among many. But, it’s reported that the formerly married couple shared the wedding vows on May 29, 2015. Vogue also featured their wedding and called it a simple ceremony.

Frida Gustavsson and Hjalmar Rechlin at their wedding (Photo: wardrobetrendsfashion.com)

On her wedding day, Gustavsson looked amazing in a makeup-less look and Valentino gown. She had worn a loosely plaited flower crown braid, which was decorated “with delicate sprigs of baby’s breath” thanks to Ali Pirzadeh, a London hairstylist.

Following the wedding, everything seemed to be normal until it wasn’t. Gustavsson and Rechlin subsequently parted ways for good due to an undisclosed reason. The news of their split wasn’t made public, and its details remain unknown.