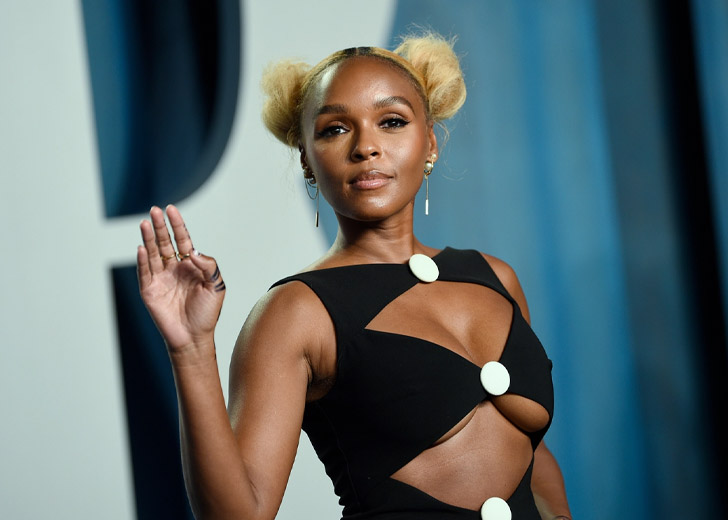 American musical recording artist, actress, and model Janelle Monáe is best known for her single ‘We Are Young,’ which was a commercial success, topping the charts in over ten countries.

Monáe began her musical career in 2003 by releasing a demo album titled The Audition. Later in 2007, she made her public debut with a conceptual EP titled Metropolis: Suite I. (The Chase). Following its release, the song peaked at number two on the Top Heatseekers chart in the United States.

Likewise, she released her debut studio album in 2010 via Bad Boy Records. Her second studio album, The Electric Lady, debuted at number five on the Billboard 200 in 2013.

Moreover, the singer’s third studio album, Dirty Computer, was released in 2018 to overwhelmingly positive reviews. Many publications named it the best album of the year, garnered Monáe two nominations for the 61st Annual Grammy Awards, including Album of the Year.

Aside from her singing career, Monáe appeared in the 2016 films Moonlight and Hidden Figures. She was nominated for a Critics’ Choice Movie Award for Best Supporting Actress for her performance as Mary Jackson in Hidden Figures. Since then, she has appeared in the films Harriet (2019) and Glass Onion: A Knives Out Mystery (2022), as well as the television series Homecoming (2020).

Monáe has maintained a high level of popularity for nearly two decades. Throughout her career, many people mispronounced her name.

What is the correct pronunciation of Janelle Monáe’s name?

Monáe has been invited to several interviews and shows since the release of her several songs. And her name was frequently mispronounced at those shows.

In one of the programs, Ryan Seacrest mispronounced Monáe’s name. As a result, Monáe’s fans quickly noticed her name was misspelled. One social media user tweeted on February 14, 2011, “Sounds like Ryan Seacrest didn’t know how to pronounce Janelle Monae’s name at first, lol.”

Later, another person noticed that the #6music Dj mispronounced Monáe name. So, on December 20, 2011, she wrote on Twitter, “Why do all #6music DJs pronounce Janelle Monae’s name incorrectly? Miles off!”

Moreover, Monáe’s fans also appear to be annoyed by hearing her name pronounced incorrectly. On May 1, 2019, a person tweeted, “This white man pronounced Janelle Monáe’ Jay-nail Money’ and I’m offended.”

Many other people also have difficulty pronouncing the singer’s name. Therefore, Monáe uploaded a video to YouTube titled Janelle Monae – Cover Girl Introduction in which she correctly pronounces her name.

All about Janelle Monáe’s early life and her identity

Monáe grew up in Kansas City, Kansas, where her mother was a janitor, her biological father was a garbage collector, and her stepfather is still a postal worker. The singer supported herself through college by working at Blockbuster, Foot Locker, and as a maid.

According to Make it, Monáe stated, “I saw my parents living check to check, putting on their uniforms every day, working hard. There were moments when my lights were cut off.” However, her parents encouraged her to learn from their mistakes and hoped she would do better.

Growing up, the singer was attracted to both men and women. Later in 2018, on the cover of Rolling Stone, she revealed that she is pansexual. Similarly, Monáe is an outspoken supporter of the LGBTQ community. During her Grammy nomination for Dirty Computer, she stated that the album is dedicated to her trans brothers and sisters.

Speaking to Variety’s Marc at the Fem The Future Brunch with Instagram in West Hollywood, Monáe said that trans people rarely receive recognition from award shows, so this event was for them. The singer stated, “My trans brother ans sister, they do it everry day, And they are hunned from theser sort of events. So this one is for them.”