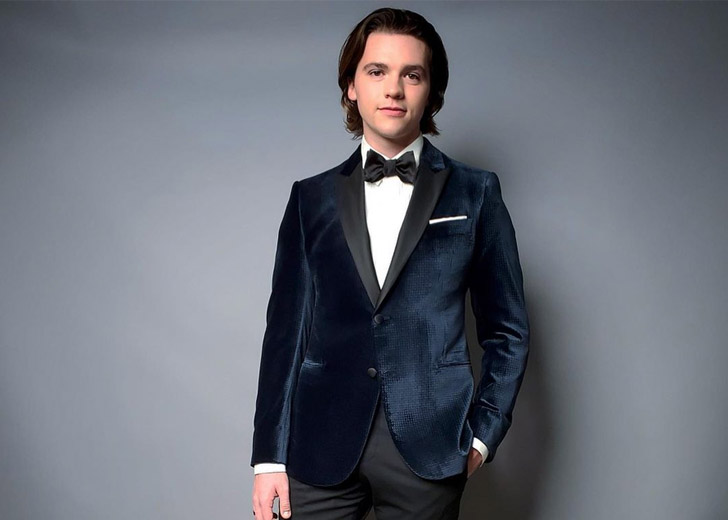 American actor Joel Courtney is best known for his roles in the 2011 film Super 8 and the Netflix film series The Kissing Booth.

Although Super 8 and The Kissing Booth were Courtney’s breakthrough films, he has appeared in several others movies over the years. The actor starred in The Messengers, a CW Television Network series canceled after only one season in 2014-15.

Courtney also led the cast in the indie film The River Thief, directed by N. D. Wilson. Here are five facts about the talented actor!

1. Joel Courtney was raised alongside his three siblings

Courtney was born on January 31, 1996, in Monterey, California. He is the youngest of four children, with an older sister and two older brothers.

After his father retired when the actor was five, his family relocated to Moscow, Idaho. He spent his childhood attending a small classical Christian school where both of his parents were teachers.

Courtney traveled to Los Angeles with his father when he was 14 to see his brother Caleb, who was pursuing a career as an actor. He became interested in acting after seeing his brother.

As Flynn in The Kissing Booth, Courtney appears in both the first and second films as Elle’s (Joey King) best friend and Noah Flynn’s brother. Courtney’s character will also appear in the third installment of the Netflix movie.

The Kissing Booth is an American teen romantic film of 2018 directed by Vince Marcello. It is based on Beth Reekles’s 2012 novel of the same name.

The first film was released on Netflix on May 11, 2018, and was deemed a commercial success due to its widespread viewership, prompting the production of a trilogy of films. However, critics panned the film, claiming its plot and themes were overused.

The friendship between Courtney as Flynn and King as Elle Evans is one of the best aspects of the trilogy in the Netflix series The Kissing Booth.

As a result, Courtney and King became close friends outside of the film. The two are frequently seen on each other’s Instagram profiles, and they are also seen dancing in amusing Instagram videos and appearing together on the red carpet.

4. Joel Courtney’s net worth is in the millions

Courtney can earn millions of dollars due to his long and successful acting career. He made his acting debut in Steven Spielberg’s blockbuster Super 8 in 2011.

Following his success in Super 8, the actor appeared in several films in 2014, including Sins of Our Youth, Mercy, and Tom Sawyer & Huckleberry Finn. Later, he was cast as Peter Moore in the CW show The Messengers.

Likewise, in the summer of 2014, Courtney returned to Moscow, Idaho, to star in the film The River Thief, produced and directed by his friends and community members.

He collaborated on the project with almost his entire family, including his brother Josh and sister Chantelle, who both played significant roles in the film.

Courtney and his girlfriend, Mia Schlink, began dating in 2017, but they have known each other since they were children. Schlink and Courtney’s parents before they were born.

The couple dated for a year before breaking up for a short period of time. Later, they began dating again in 2019, and things moved quickly.

Courtney and Schlink got engaged on Valentine’s Day 2020 and married the same year. The actor told People, ′′ I can’t express how happy I am to be getting married, and it’s one of those occasions where just as much planning and excitement go into the big day. I’m especially thrilled to marry my best friend.”

Recently, Scholink shared a photo of them on Instagram and expressed gratitude for Courtney and all of their adventures in a single year.