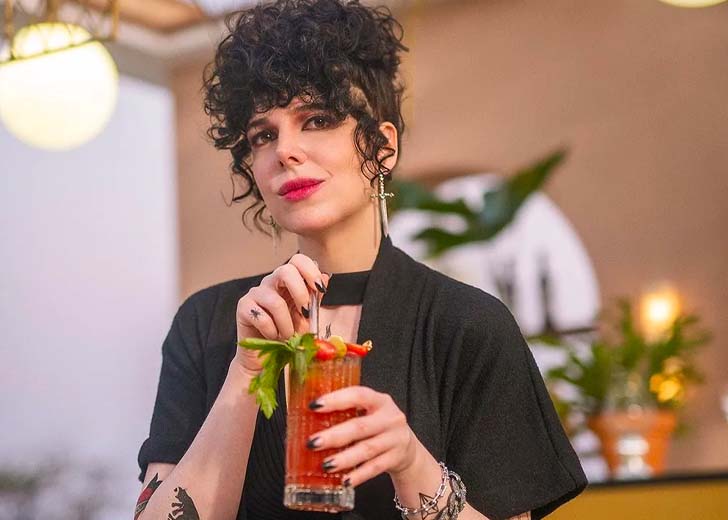 Natalia Klein’s popularity has been on the rise ever since she starred in Netflix’s brand new Brazilian show Maldivas — which aired on June 15, 2022. In the show, the actress portrays the role of Verônica Vargas.

However, many might not even know that Klein isn’t only an actress on the show, but she is its creator. Yes, that’s correct! Klein is the writer and creator of the show, which consists of seven episodes.

Talking more about the show, it stars Bruna Marquezine, Manu Gavassi, and Carol Castro. The Netflix show is rated TV-MA, and its synopsis is, “To investigate a mystery, a young woman moves into a posh condo community, where she comes into contact with its quirky — and suspicious — residents.”

Apart from her work in Netflix’s Maldivas, Klein has been a part of multiple acting projects, either as an actress, a screenwriter, or a producer.

Talking about her work as an actress, she has only played in a few TV shows and is yet to make her debut in big-screen movies. She has appeared in shows like Macho Man, Adorável Psicose, Fred e Lucy, and Maldivas.

Similarly, she has been a part of three acting projects as a producer. Her first job as a producer was a short movie titled Birizon – where she also served as an assistant director. The two other projects are Adorável Psicose and Fred e Lucy.

Last but not least is Klein’s work as a writer. She has been part of shows like Zorra Total, Junto & Misturado, Adorável Psicose, Fred e Lucy, A Culpa é do Cabral, Matches, and Maldivas. Her upcoming project as a writer is Situación Perrengue.

She has also made appearances in multiple reality television shows, the most prominent being Prêmio Multishow de Humor. She was a part of the show from 2012 to 2015 and appeared in 64 episodes.

Besides being an actress, writer, and comedian, Klein is also the creator of the blog named Adorável Psicose. And if you are wondering that Adorável Psicose is a show – which we have mentioned above – then you’re not entirely wrong.

The point is that Klein created the blog, Adorável Psicose, and later on, the blog was taken as an inspiration for a TV show made under the same name. And on the show, Klein served as an actress, creator, head writer, and executive producer.

3. Natalia Klein has made a healthy net worth

Being a part of the entertainment industry or a hit movie and TV show means there is a higher chance of you getting paid well. And with Klein being part of a few known TV shows, either as a writer or actress, it must be sure that she has made a decent net worth.

However, as of this writing, the exact figures of her earnings and net worth are yet to be disclosed. Nonetheless, multiple media outlets have reported that Klein might have an estimated net worth of $600,000.

Klein is a public figure; however, she has done a decent job of keeping her marital/relationship status hidden from the outside world.

As of this writing, there have been no reports of the actress sharing the wedding vows or dating a boyfriend. Similarly, she hasn’t provided any hints about her personal life through her social media handles.

More precisely, her Instagram feed is full of pictures related to her professional and day-to-day life. It could be possible that Klein has only focused on herself and her career for the past few years.

Considering everything, it could only be said that Klein is neither married to a husband nor dating a boyfriend. And until anything gets revealed, her relationship/marital status remains the same.

Klein is currently 37 years of age and celebrates her birthday every year on March 27. As per her date of birth, her zodiac sign is Aries.

Born in 1985, the actress was primarily raised in Rio de Janeiro, Brazil — thus, she holds Brazilian nationality. As of now, there is little to no information regarding her parents due to her privacy.

Nonetheless, she could be seen sharing old pictures taken alongside her parents on some special occasions like Mother’s Day or Father’s Day. But, she does that without revealing anything about her parents.

Apart from her parents, Klein has a brother named Marcos Klein – a Brazilian uprising actor. The siblings have a great bond and can be seen sharing pictures alongside each other. Marcos seems to be married and shares a son with his wife.

Besides that, not much information is known about her early and family life. Furthermore, there are no details about her education as well.