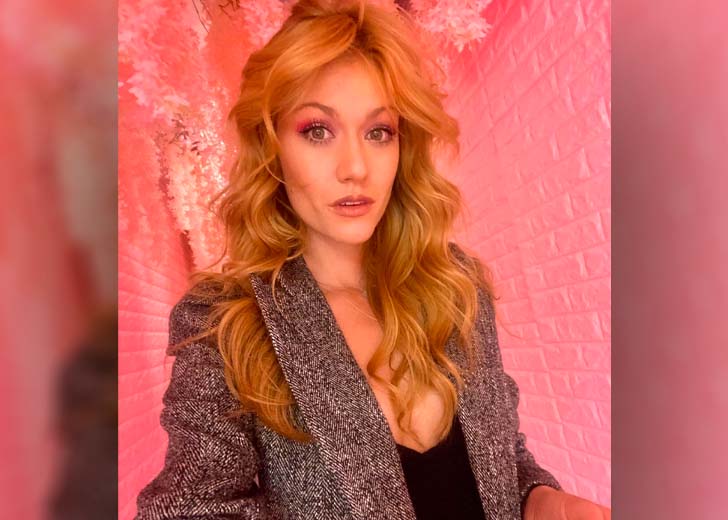 Katherine Grace McNamara is an American actress well known for her roles as Clary Fray in the supernatural TV series Shadowhunters and Mia Smoak in the superhero series Arrow.

You might also know her as Julie Lawry in The Stand, a post-apocalyptic drama, and Lily Bowman in the 2011 romantic comedy New Year’s Eve.

Sonya in the dystopian science fiction film series Maze Runner and Amy in the 2021 thriller Trust are some of her other significant roles and film appearances.

Is the young actress dating anybody? Look into McNamara’s dating life, relationship, and more with GB Issue. Read along for more details.

Is Katherine McNamara dating in 2022?

McNamara has been associated with a few people over her career, especially those she works with. Fans usually anticipate a real-life connection between their favorite characters in a show.

She had a similar experience when rumors about her dating her costar from Shadowhunter spread through the internet. Although she keeps her personal life private, rumors travel fast.

Will Tudor, her Shadowhunter costar, was recently linked to her. Will portrayed Jonatan Morgenstern and Sebastian Verlag in the series, and McNamara played Clary Fray.

The actress even posted a sweet birthday post for her costar, Will, in April 2022, by penning a lovely and heartfelt note on her instagram:

Happy birthday to the one and only @willtudor1! Even though our adventures were limited this year, we still somehow managed to make a few silly spontaneous (and safe) memories nonetheless.

Tudor wrote “love you” in the comments area, followed by a red heart emoji.

However, it doesn’t clear the rumor if the duo ever dated, and neither of them has ever confirmed it, so McNamara is most probably single at the moment.

Her Instagram video during the COVID lockdowns in 2020 revealed that she had a “quarantine Boyfriend.” His name was Bob.

However, Bob turned out to be a dummy doll. She stated in her video that she had spent much time with Bob. It was pretty amusing, from watching a movie to cooking together.

McNamara shared a video on Instagram in March 2020 in which she used Bob as a punching bag and stated that they “fought” earlier that day. However, she also noted that the two had sorted out the problem together and were finally on excellent terms.

The jokes went on. She also shared more short videos and photographs of herself and her quarantine beau and some of their pastimes, like cooking, playing games, taking photo booth pictures, and working out together.

Even though the Shadowhunters actress has been linked with many actors and actresses in the past, there has not been any confirmed relationship

She was said to be having an affair with Dove Cameron. Cameron herself tweeted in March 2017 that McNamara was “my girlfriend!” McNamara responded by tweeting a photo of herself caressing Dove on the cheek and writing, “Miss this beautiful creature.”

It has not been known whether the two actually dated. Neither of the actresses has said anything about the rumor.

Actress McNamara was also said to be dating her costar from her other show, Happyland, Pierson Forde, and also speculated to be dating actor Joel Courtney in 2011.

Like her other rumored relationship, she and Courtney met on the set of Tom Sawyer and Huckleberry Finn. None of the rumors has, however, been confirmed.