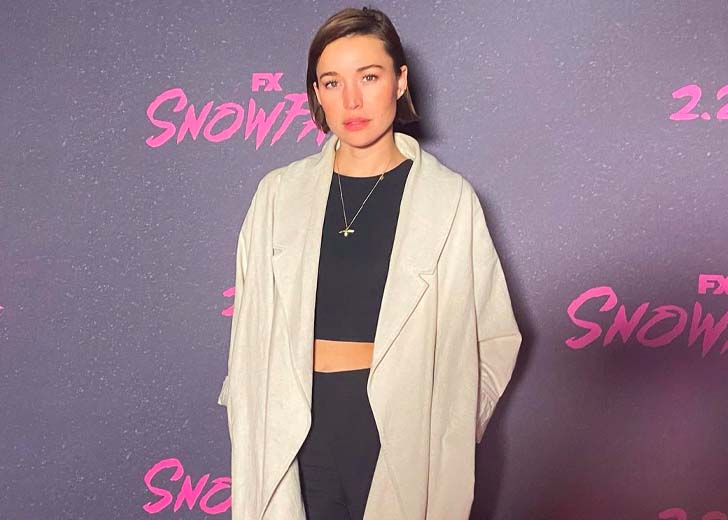 Kendall Chappell is an uprising actress marking her way to the top of the entertainment industry. She started her journey as an actress in short movies and has worked on some big acting projects.

As of now, she is set to make her appearance in Netflix’s upcoming movie titled Purple Hearts. The film is currently in its post-production and has a release date of July 28, 2022. Additionally, in it, she will portray the role of Mila.

How old is Kendall Chappell?

As of this writing, Chappell’s exact date of birth is undisclosed, due to which her age and birthday remain unknown.

However, multiple media outlets have reported that the actress is presently 30 years of age. On the other hand, it’s confirmed that she celebrates her birthday on July 7 every year. So, Chappell will be turning 31 in the upcoming weeks.

Born in 1991, Chappell was raised in the suburbs of Ann Arbor, Michigan. Likewise, her zodiac sign is Cancer.

Chappell was raised as one of three children by her parents, Todd Chappell and Lauren Chappell. While her father is a business owner, her mother has been serving as an elementary school teacher.

Besides that, there is little to no information on her parents. Apart from her parents, the actress has two siblings; a brother named Dave Chappell and a sister named Kaylee Chappell. It’s reported that her sister is an illustrator and her brother is a scuba instructor.

Speaking of her early life, Kendall spent it in Ann Arbor, Michigan, where she went to high school. During high school, she used to play on the women’s tennis team and had a keen interest in swimming and running track.

During the summertime, she served as the camp counselor at the Ann Arbor YMCA’s Camp Algonquian, played minor roles in students’ short movies, and did some modeling for local photographers.

After high school, she applied to the University of Michigan for a dual degree in Theater and Art & Design — she was accepted. After that, acting became her sole focus, and when she graduated in May 2013, she moved to Los Angeles to pursue a better career in acting.

As Chappell was born and raised in the United States, she holds American nationality. Coming over to her ethnicity, it’s reported that she is of White / European descent.

Likewise, it has been reported that the actress stands at a towering height of 5 feet 10 inches or 1.77 meters and weighs around 61 kg or 135 lbs. Furthermore, her hair color is brown, and her eyes are hazel.

Is Kendall Chappell dating a boyfriend?

As of this writing, there have been no reports of the actress being in a relationship with a boyfriend or married to a husband. Similarly, it is yet to be known whether she was dating someone in the past or not.

Chappell’s social media handle, mainly Instagram, is also clear and provides no hint about her dating life. However, something did pop up on her Instagram feed recently.

On May 27, 2022, the actress shared a couple of snaps from her red carpet appearance at the 2022 Cannes Film Festival. Accompanying her on the red carpet was a handsome man with whom she seemed close.

Kendall Chappell with her rumored boyfriend at the 2022 Cannes Film Festival (Photo: Instagram)

However, it’s unknown who the man is, and Chappell hadn’t tagged her acquaintance either. As a result, it cannot be said if the man was only a friend or someone special.

And until something comes out, it’s only fair to say that Chappell’s present relationship status is single. It’s highly possible that the actress might be focusing more on her acting career. On the other hand, she might also be dating a boyfriend and keeping things private.

How much is Kendall Chappell’s net worth?

Chappell made her acting debut in 2010; however, she hasn’t been that active in the entertainment industry. In addition, she has primarily played roles in short movies and has appeared in a couple of big-screen films and TV shows only.

As of this writing, she has 32 acting credits on her IMDb profile, including her two upcoming projects. With that said, she must have earned well and accumulated a healthy net worth with what she has done as an actress.

So, how much is her net worth? Well, the exact figures of Chappell’s net worth currently remain unknown. Nonetheless, it could be said that she has an estimated net worth of around $300,000 to $600,000.