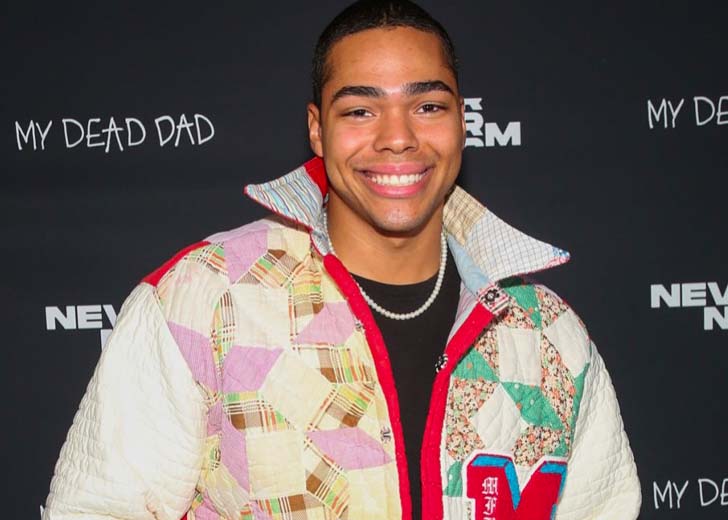 Nicholas Duvernay is an aspiring actor who is currently making a name for himself via his works in the entertainment industry. He started his journey as an actor years ago but started getting good opportunities only now.

His 2021 movie My Dead Dad recently premiered on HBO and has received good reviews. Additionally, from 2020 to 2022, he has been portraying the recurring role of Lindor in the TV show Tyler Perry’s Assisted Living.

As of now, Duvernay is set to make his appearance in Netflix’s upcoming musical-romance film titled Purple Hearts. The movie is currently in its post-production and has a release date of July 28, 2022. In it, he will play the role of Armando.

How old is Nicholas Duvernay?

Duvernay is currently 23 years of age and celebrates his birthday every year on June 10. That means, around two weeks ago, he celebrated his 23rd birthday.

Born in 2001, the rising actor was primarily raised in Atlanta, Georgia. As per his date of birth, his zodiac sign is Gemini. Besides that, there aren’t many details available on his early life.

Duvernay has done a fair share of homework to keep his family life away from his limelight. Perhaps, that’s one of the reasons why he hasn’t shared any pictures with them. However, upon some digging, we found some details about his family.

The actor was raised as the middle child of his parents. While his mother goes by the name of Nicole Duvernay, his father’s name remains unknown. Additionally, it’s unknown what his parents do for a living.

Besides his parents, Nicholas has two siblings: an older brother named Anthony Duvernay and a younger sister named Jahna Duvernay. His older brother is an entrepreneur and CES & PES certified fitness trainer.

Nicholas Duvernay (on the right) with his two siblings (Photo: Facebook)

Similarly, Nicholas’ younger sister is a 20-year-old artist. All three siblings have maintained a close bond and could be seen going on short trips. Moreover, multiple posts about family could be found if we look at Jahna’s Instagram handle.

Coming over to Nicholas’ ethnicity, it seems like he is African-American, but it’s yet to be confirmed. Furthermore, he holds American nationality.

How tall is Nicholas Duvernay?

Per reports from multiple media outlets, Duvernay stands at the height of 5 feet 6 inches or 1.68 meters and weighs around 67 kg or 160 lbs. However, it could be said that these figures are entirely correct as they aren’t official.

Is Nicholas Duvernay dating a girlfriend?

To this date, Duvernay has led a private life and hasn’t shed much light on his romantic life. As a result of his privacy, it couldn’t be said whether the actor has a girlfriend or not, and his relationship status remained unknown.

However, some media outlets have mentioned that Duvernay might be dating a girl named Brielle. But those outlets have also stated that the actor hasn’t identified Brielle as his partner.

The speculations of their possible romance initiated as Duvernay occasionally used to share pictures with Brielle. But since he rose to fame, those pictures have since been deleted. It’s unknown if he deleted those photos to maintain privacy or if his relationship didn’t work out.

Whatever the reason might be, it remains unknown to this date. And unless the actor shares anything, it cannot be said that he and Brielle were dating. For now, Duvernay’s relationship status seems to be single.

How much is Nicholas Duvernay’s net worth?

Duvernay made his acting debut in 2016 by playing a minor role in Bad Girl. The following year, he appeared in the short movie The Real God: Vending Machine and the TV show Gritz. And after that, he went on a break for unknown reasons.

He returned to the entertainment industry in 2020 and has since appeared in movies and TV shows like Aces High, My Dead Dad, The Rookie, All American: Homecoming, S.W.A.T., Tyler Perry’s Assisted Living, and Magnum P.I.

As of now, Duvernay has three acting gigs lined up, including Netflix’s Purple Hearts. With all that done, the rising actor might have accumulated decent net worth. However, the exact figures are yet to be disclosed.