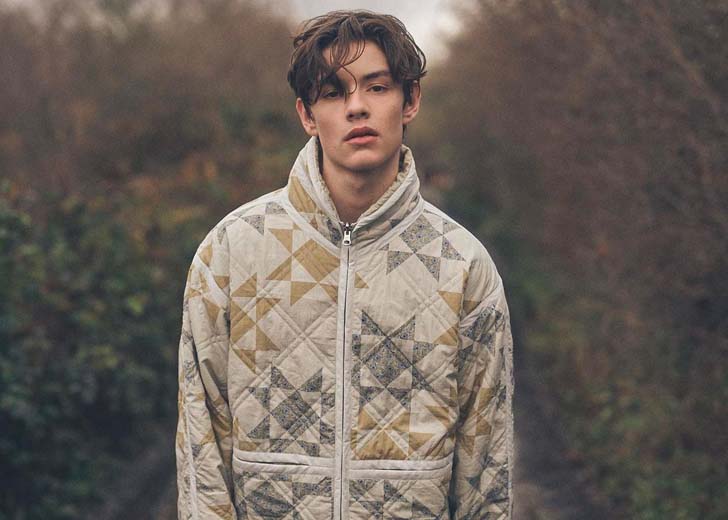 Louis Partridge is an uprising English actor who is set to appear as Peter Pan in the upcoming movie – his fifth movie overall – The Lost Girls. The movie stars Vanessa Redgrave, Joely Richardson, Iain Glen, and Julian Ovenden, and releases on June 17, 2022.

He recently portrayed the role of Sid Vicious in the Hulu TV mini-series titled Pistol. But his performance as Viscount Tewkesbury, aka Tewkesbury, in Netflix’s 2020 mystery film Enola Holmes, made him known to the world.

In the movie, Partridge shared the screen alongside Henry Cavill, Millie Bobby Brown, Sam Claflin, and others. Additionally, the actor is reprising his role in the sequel titled Enola Holmes 2, which is expected to release in 2022.

How old is Louis Partridge?

A lot of Partridge’s fans have been keen to know about the actor’s age and asked questions like, “When is Louis Partridge’s birthday?” The answer to the question is: Partridge is presently 19 years of age, and he celebrates his birthday every year on June 3.

Born in 2003, the actor was raised in the suburbs of Wandsworth, London — thus his nationality is English and his ethnicity is White. As per his date of birth, his zodiac sign is Gemini, meaning his traits include being intelligent and outgoing.

Coming over to his education, he has just got his GCSE results while he was filming Enola Holmes around late 2019. And as he was still unsure whether to pursue a career in acting or not, he got enrolled at an undisclosed institution for his A-Levels.

Louis Partridge has two siblings in his family

As per reports, Louis’ father is a lawyer who is presently a partner at Graduate Recruitment and Training Principal at Allen & Overy LLP. Similarly, the actor’s mother is reported to be a finance specialist who has worked at Child Rescue Nepal and Yum! Brand.

Additionally, it has been reported that Louis’ father initially wanted to become an actor but gave up that dream to get a stable job. And when Louis told his parents about his passion for acting, they warned him of the unstableness of the acting profession but also supported him.

Talking about his sisters, both of them are social media personalities and have garnered a healthy fan following. Louis could often be seen appearing on his sisters’ TikTok videos.

How tall is Louis Partridge?

Partridge’s height has also been in question among his fans. And it is a bit confusing as some media outlets have reported him to be 5 feet 9 inches tall, whereas his IMDb profile mentions that he is exactly 6 feet or 1.83 meters tall.

Well, whatever the case might be, he indeed has a towering height, several inches taller than his Enola Holmes co-star Millie Bobby Brown who is reportedly 5 feet 5 inches or 1.65 meters tall.

As of this writing, Partridge is only available on limited social media platforms. The actor doesn’t have an official Twitter account and he doesn’t seem to be available on Snapchat as well.

But, the platforms on which he is available are Instagram and TikTok. He is very active on his Instagram handle, louispartridge_, and has garnered over 7.5 million followers. As for his TikTok handle, he is yet to share a video of his own but has already gained over 2.6 million followers.

How much is Louis Partridge’s net worth?

Partridge joined the entertainment industry in 2014 after being cast in a small role of Alf in the show Boomers. In the same year, he appeared in two short movies About a Dog and Beneath Water.

Likewise, he appeared in Pan and Second Skin in 2015 and 2016, respectively. In 2017, he first played the role of Young Henry Bates in Amazon Adventure and then got his first major role — he played the role of G-Man in Paddington 2.

After that, he took a break and returned in 2019 with the role of Piero de’ Medici in the show Medici. In the next year, he got his big break after his performance as Tewkesbury in Enola Holmes. But after that, he again took a break.

Finally, in 2022, he appeared as Sid Vicious in Hulu’s Pistol. And now, he has a line of movies and TV shows: The Lost Girls, Enola Holmes 2, Ferryman, and Disclaimer.

Considering all that, it must be sure that he has made a good earning. So, how much is his net worth? As of now, his exact earnings and net worth are yet to be disclosed, but if we have to guess, then his net worth might be around $1 million – $1.5 million.