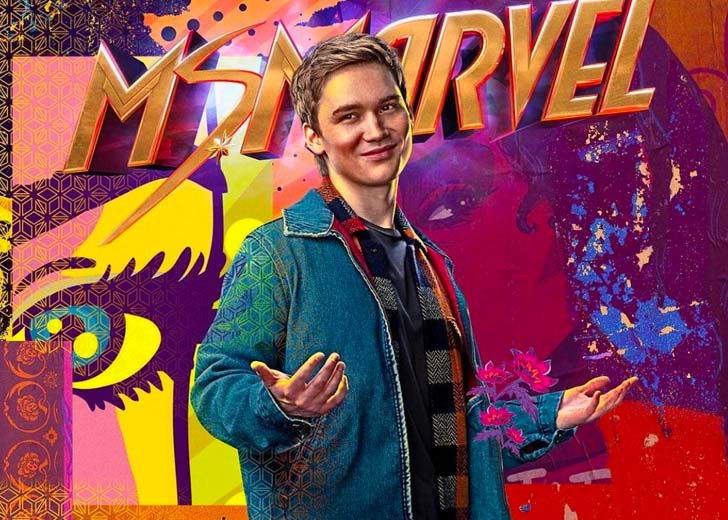 Matt Lintz is currently on the rise, thanks to his marvelous performance in the new Disney+ show Ms. Marvel. In the show set in the Marvel Cinematic Universe, Lintz portrays the role of Bruno Carrelli, the tech-savvy best friend of Kamala Khan / Ms. Marvel.

The 6-episodes mini-series originally premiered on the streaming service on June 8, with new episodes released every Wednesday. It stars Iman Vellani in the titular role and has other casts like Zenobia Shroff, Yasmeen Fletcher, Rish Shah, Nimra Bucha, and more.

Besides the new Marvel show, Lintz has appeared in a few known movies and TV shows, including The Way Home, Pixels, The Alienist, and The Walking Dead. In the last one, he played the older version of Henry.

How old is Matt Lintz?

Lintz is presently 21 years of age. He celebrates his birthday every year on May 23, making his zodiac sign Gemini.

In 2022, the actor’s birthday fell between two of his life’s most significant events: his older sister’s wedding and Ms. Marvel’s premiere. Thankfully, he could sort out all things and attend both events.

Born in 2001, Lintz was initially raised in Fargo, Georgia. Later on, his family moved to Los Angeles. Furthermore, he goes by the birth name of Matthew Lintz.

As Lintz was born and raised within the boundaries of the United States, he holds American nationality.

His ethnicity is not revealed yet, but it might be assumed that his race is white. On the other hand, some media outlets have reported his ethnicity to be German, English, and others.

While Matt is currently gaining stardom through acting, several of his family members have already reached that mark.

Matt is the son of the well-known American actress Kelly Collins Lintz. She gained fame for her performances in Surface, One Tree Hill, and Miracles from Heaven. Matt’s father’s name is Marc Lintz — there are little to no details available on him now.

Coming over to his other family members, it has already been mentioned that he has an older sister who recently got married. The sister’s name is Mackenzie Lintz (now Mackenzie Coleman), and she is also an actress by profession.

Besides Kenzie, Matt has two more siblings; another older sister named Madison Lintz and a younger brother named Macsen Lintz. And the two are also involved in the entertainment industry as actors.

Matt Lintz dropped out of school for his ‘Ms. Marvel’ role

Lintz was fully ready to complete his studies before being presented with another opportunity to join the Marvel Cinematic Universe. As for why we said another chance, it’s because the actor has previously auditioned for the role of Peter Parker / Spider-Man.

As per the Meet the Movie Press podcast, Lintz was one of the three guys shortlisted to play the role of the web-slinger in the MCU — the two were Tom Holland and Charlie Plummer. But, the part eventually went to Holland, who made his MCU appearance as Spider-Man in 2016’s Captain America: Civil War.

However, Lintz didn’t have any hard feelings — he eventually met Holland as their respective Marvel works were being filmed in Atlanta. Lintz continued his journey in the entertainment industry, and when his time on AMC’s The Walking Dead was over in 2019, he decided to take a break.

During that break, he was set to focus more on his studies. However, that was cut short when he got his second calling from Marvel, this time for a role in their new Disney+ series Ms. Marvel. And Lintz couldn’t say no to such an ample opportunity.

Speaking to Insider, he said, “It was my freshman year of college. I was about two months in, and I got an audition. It was untitled but for Marvel. I auditioned a couple of times. I was like, ‘OK, well, I probably won’t get it.'”

However, his audition was so impressive that he was called for a screen test alongside the show’s lead Iman Vellani, and Rish Shah. After that, he was selected, and Lintz had to decide to leave school for the role.

“I went straight into filming and I had to drop out of school to do this. School’s always there. If I want to go back, I can go back. But right now, I’m doing this, and I’m really happy,” the actor told Insider. Thanks to that decision, the actor is now earning the praises of millions.