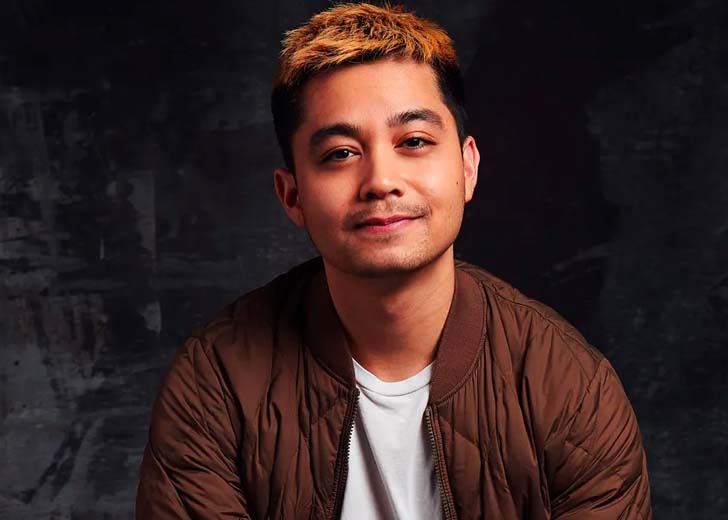 Jordan Mendoza is an Asian-American TV writer and comedian. He is best known for co-hosting the live comedy show Drunk Science.

It has been a while since Mendoza began his writing career. He created and hosted Comedy Central’s Cry Battle, a game show in which the person with the most tears wins.

Mendoza has won the hearts of many people and amassed a large fan base in a short period. With his hard work and dedication, he will undoubtedly grow much more significant in the future.

Here are the five facts about Mendoza.

Mendoza began his comedy career in New York City. He contributed to Comedy Central’s Creator’s Program as a Made in NY Writer’s Room member.

Likewise, he wrote DAVE for FX and Big Mouth and Human Resources for Netflix. Mendoza also wrote Ziwe for Showtime and Beavis and Butthead for Paramount+.

The actor was featured in Time Out and New York magazine as a ‘Best Up-and-Coming Comedian’ and was a New Face of Comedy (Creators) at JFL in 2022.

2. Jordan Mendoza is not a US Today reporter

People got confused because there were two people with the same name and surname in the entertainment industry.

The first Mendoza is the one we are talking about in the article, and another Mendoza is a reporter at USA TODAY. He joined USA TODAY Sports in January 2021 as an intern before taking on his current position in March 2021.

Mendoza was born in Boston, Massachusetts, but he has not revealed his exact birth date. He appears to be in his late twenties based on his appearance.

He has kept his parents’ names a secret, like his age. He has 14.8k followers on Instagram and usually posts pictures of his professional life but not of his parents.

4. Jordan Mendoza is speculated to be dating Gwynn Ballard

Mendoza is likely dating Ballard because she appears in most of his videos. The writer once posted a video on his Instagram page on July 28, 2020, with the caption, “epic girlfriend prank.”

According to the Mendoza post, the pair spent their quarantine together. Mendoza shared a video of himself and Ballard playing with utensils on March 18, 2020. Along the video, he wrote, “games we invented for the quarantine.” Likewise, he also uploaded a video where they were seen learning the new skill during quarantine.

Despite Mendoza’s Instagram posts showing that he is in a relationship with Ballard, they have not made their relationship public.

Mendoza is slated to play the role of RJ Acosta, Jr. in the upcoming Netflix series Kaleidoscope, a crime heist drama from Ridley Scott’s Scott Free.

The series is loosely based on a real-life incident when $70 billion in bonds disappeared during Hurricane Sandy in downtown Manhattan. Executive producers will be Russell Fine, Fred Berger, Brian Kavanaugh-Jones, and Justin Lecy of Automatik Entertainment.