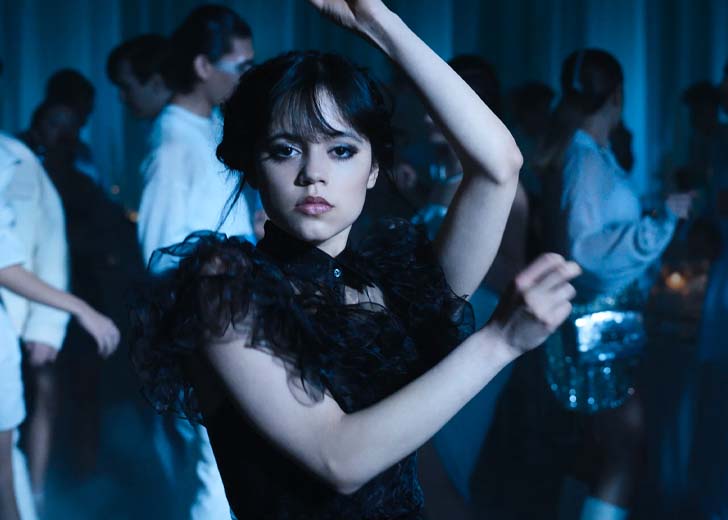 Wednesday is an American supernatural mystery comedy horror television series based on the character Wednesday Addams from The Addams Family.

Wednesday aired on Netflix on November 16, 2022, and received mostly good reviews from critics who applauded Jenna Ortega’s performance as Wednesday. Within three weeks of its premiere, it had become the second-most viewed English-language Netflix series.

She has spoken about how she got the particular role in several appearances in interviews. Here are details about how Ortega landed the role on Wednesday. Read along for more information.

In an interview, Ortega opened up about how she got the call for her role as Wednesday. She said, “Just randomly got an email one day. I was shooting in New Zealand, a movie called X,  and i’ve been doing night shoots all night.”

She explained that she received an email that Tim Burton, the show’s executive producer, wanted to talk to her to discuss her possible role as Wednesday Addams. She also shared how she couldn’t believe it and never even thought she would get the opportunity to play the character or work with Burton.

“To work with someone like Tim [Burton], who I’ve admired for a very long time, it was a bit surreal, you know, he was a big part of my childhood.”

“So, the next day, I didn’t sleep, I did my night shoot, I wore prosthetics, I had cuts all over my face and stage blood and sweat in my hair. And I got on the call, Tim laughed at me and then we just started talking, and I read a couple of scenes from him and that was pretty much that,” she said, talking about her experience getting on the role.

A couple of months from that call, they made it official that Ortega would be the new Wednesday Addams.

Jenna Ortega spoke about her experience in the ‘Wednesday’ set

The actress has explained how she had to relate to the character of Wednesday because of her witty and dry humor.

For Ortega, a typical day at the set on Wednesday was to wake up at 4:30, early in the morning, and then she would be picked up around “5:20-ish.” Then they would take her to get her dress, hair, and makeup done.

After all the preps, she would go straight to the show’s set and start rehearsals and shooting. They did a hectic routine of 12 hours a day and didn’t even have lunch time.

In an Interview with Teen Vogue, Ortega said, “We would do rolling lunches, so we just eat when we could. After shooting, I might have a couple of lessons, I might go to stunt reherals to learn the fighting sequence that we have going on for the next day. So i’d do that for an hour, and then i might have a cello lesson.”

Ortega said that that was her entire routine, or “her life,” for eight months of filming in Romania. She goes on to explain how she instantly connected to Emma Myers, the actress who played the character of Enid, Wednesday’s roommate.

She moved on to share more of her experiences in the set of Wednesday in the interview.

Is Griffin Gluck Dating a Girlfriend? Know His Love Life in 2023