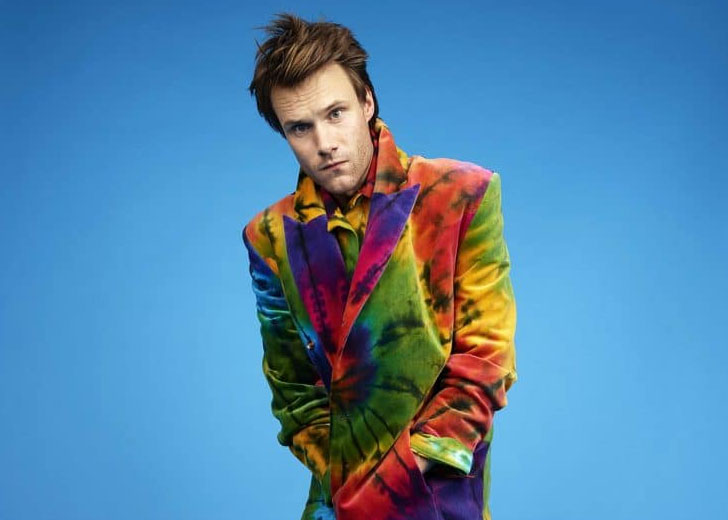 Hugh Skinner is an actor from England. His most well-known roles include in the sitcoms W1A and The Windsors, as well as his appearances in musical films like Les Misérables and Mamma Mia! We’re at it Again.

In a 2007 production by the English Touring Theatre called French Without Tears, Skinner was featured in his first professional acting role. Along with his stage work, he also appeared in the BBC series Tess of the d’Urbervilles in 2008 as Felix and Any Human Heart in 2010 as Lionel.

Between 2016 to 2020, he portrayed the role of Harry in the critically acclaimed English show Fleabag. His other acting gigs include Hampstead, Star Wars: Episode VIII – The Last Jedi, Little Birds, Falling for Figaro, and Ellie & Natasia. His upcoming movie is The Invitation, releasing on August 26, 2022. In it, he will play the role of Oliver.

Skinner’s personal life has always been a question among the public as the actor has always kept his love life private. Due to that, people began suspecting his sexuality as well.

In addition, he has mostly portrayed the roles of a single man in his acting career. And the rumors mill got fueled when he played the role of Luis Carruthers, a closeted gay man who has fallen for the protagonist Patrick Bateman in the 2013 musical American Psycho.

So, the question is, “Is Hugh Skinner gay?” or “Is he married to a wife?” Those speculating Skinner’s sexuality is correct as the actor is gay. Besides, he has even commented on his sexuality during in 2018 interview with Telegraph.

He said, “I feel like if I talk about being gay, I have to say something, and I don’t know what to say other than that just is my life and I haven’t got anything very interesting to say about it. It just is.”

Apart from this statement, Skinner hasn’t talked about his personal life and sexuality. It seems like he would like to keep the details of his love life away from his limelight. Due to the same reason, it remains unknown if he is currently dating a boyfriend or is single.

Skinner, a native of London, was born on January 6, 1985. His birth name is Hugh William Skinner. Even though people are interested in learning who his parents are, he has not revealed their identities to this point, so his family life will remain a mystery for the time being.

He developed a keen interest in the acting world while attending Eastbourne College, which led him to earn a degree from the London Academy of Music and Dramatic Art in 2006. Since 2007, when he played his first professional theatre role, Skinner has worked in theater, television, and film.

In the BBC television program Our Zoo, Skinner played the part of Dr. Barnaby Ford. He also showed up as Camille in Helen Edmundson’s adaptation of Thérèse Raquin at the Theatre Royal, Bath, and as Yephidikhov in Simon Stephens‘ fresh translation of The Cherry Orchard at the Young Vic.

In the summer of 2015, he made a comeback to the Young Vic to take on two roles in Nick Gill’s adaptation of The Trial. In the fall of 2015, he was cast as Unwin Trevaunance, an aspirant Member of Parliament, in the second season of the BBC production of Poldark, which aired in 2016.