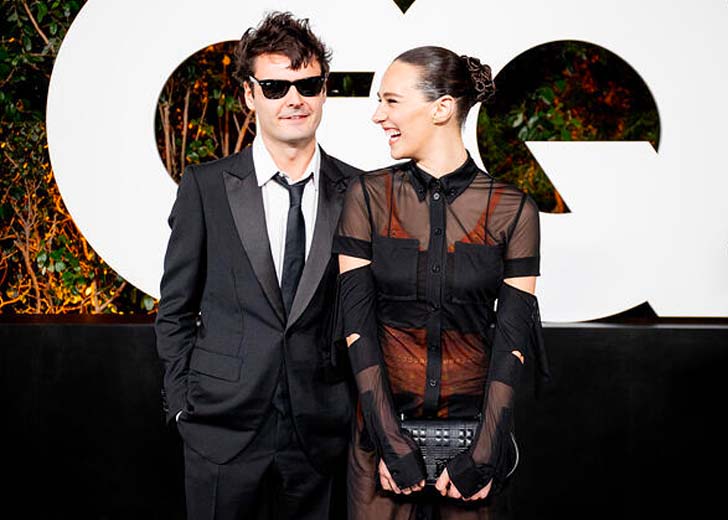 Carlson is dating Nicholson after splitting up with The Neighbourhood frontman Jesse Rutherford, who is also rumored to be dating Billie Eilish.

The YouTuber and Nicholson’s romance rumors emerged when they were photographed sitting next to each other at a Burberry dinner in New York City. Sometime later, they were also spotted cuddling around Los Angeles at the launch of Carlson’s Réalisation Par collaboration.

People began to take the rumors seriously after Carlson posted a photo dump soft launch of herself and Nicholson on Instagram. She was posing next to him in a don’t judge a Girl by her clothes mini dress in the photo. However, she had yet to show the face of Nicholson at that time.

She posted a selfie with Nicholson again on December 18, 2022.

This time, she revealed her boyfriend’s face. Following the post, many renowned personalities, including Sophia Roe and Rachael Maurer, said they look great together.

Carlson’s boyfriend Nicholson is a significant part of the Hollywood family. His grandfather is three-time Oscar Award-winning actor Jack Nicholson.

He is also the son of Jennifer Nicholson, a fashion designer. Similarly, Carlson’s boyfriend followed in his grandfather’s footsteps and became an actor.

Nicholson starred his acting career in The Dandy Warhols: Cather in 2016. Later, in 2018, he co-starred in the short film The Great American Mud Wrestle with Uncut Gems breakout Julia Fox.

He was also seen in the 2019 horror film Us, directed by Oscar winner Jordan Peele, as Danny/Tony.

Nicholson is a rising star but is not active on any social media platform, including Twitter and Instagram.

Carlson previously dated Rutherford before meeting Nicholson. Rutherford and Carlson began dating in 2015. The couple frequently discussed their relationship on social media platforms such as Instagram and TikTok. They inspired many people, from their love to their fashion sense.

However, Carlson’s TikTok profile was changed in November 2021, sparking rumors about their alleged split. The bio that once said  “Jesse’s girlfriend” was removed from her account. Carlson also removed a few of the singer’s images and videos from her page, exacerbating the situation.

They had amassed a sizable fan base by the time they split in 2021, and the news of their split impacted that fan base.

Carlson discussed her breakup with Rutherford on the Call Her Daddy show and described it as the most mutual breakup ever. She also joked about seeing someone “exclusively” for a while.

Carlson and Rutherford have moved on and are now dating, respectively.