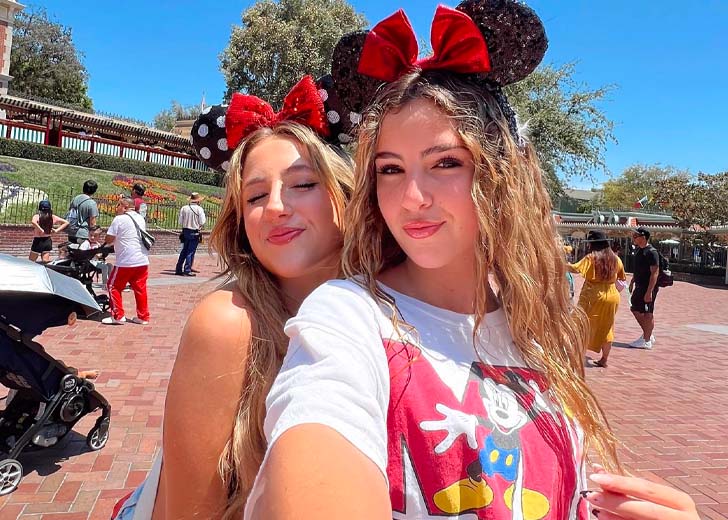 Lexy shared a series of photos of herself and Ava to wish her a happy birthday. She has shown every side of them, from cute little girls to mature teenagers.

Lexy captioned the post, “happy birthday to my big sister, my inspiration, the person I look up to, and most of all my best friend. I could not imagine living in a world without you, you are actually my other half. our bond is like no other, and i truly believe god put our two souls on this earth together for a reason. I love you more than words can explain. happy birthday to my twin flame.”

Ava commented on the post, writing, “love you more than anything in this world.”

Ava also posted a photo of herself wearing a white jacket in the snow with the caption, “I don’t know about you, but I’m feeling 16.”

On December 4, 2022, Lexy and Ava also posted a photo of themselves with their father on their respective Instagram accounts on his birthday.

Ava captioned the photo, writing, “happy bday to my twin. Love you so much, dad. always grateful for you.” According to the post, Ava and his father share the same birthday.

Lexy Kolker and Ava Kolker are close to each other

The sisters have shared numerous pictures of themselves on social media. As previously stated, Lexy expressed her feelings for Ava on her birthday, emphasizing how much she means to her.

Likewise, Ava posted a series of photos with Lexy on August 17 to wish her a happy 13th birthday. She wrote that her sister is her favorite person on the planet and that she spends every second of her day with her.

Ava also expressed her joy at sharing every milestone and achievement with Lexy and witnessing her growth into a fantastic person. She concluded her post by saying she loves her and considers herself fortunate to be a Lexy sister.

Additionally, the siblings are closer to their parents as close as they are to one another. Their parents can often be seen sharing pictures alongside each other.

Lexy Kolker and Ava Kolker are both actresses

Ava has been acting since she was able to walk and talk. At four, she landed her first screen role in the first season of American Horror Story. Since then, she has worked on various films, national commercials, and television shows.

She played Olive in Sydney to the Max for three seasons and had a significant guest star recurring role on all three seasons of the Emmy-nominated Disney television series Girl Meets World.

Likewise, Lexy was inspired to become an actress by her older sister Ava. She later made her acting debut in the T.V. series Criminal Minds as Tatiana Taylor. Lexy made appearances in You, The Little Mermaid, Manifest, and many other films.