Along with Noah Bec, Josh Richards has also faced backlash on social media after comparing Tate's remarks to female creators. 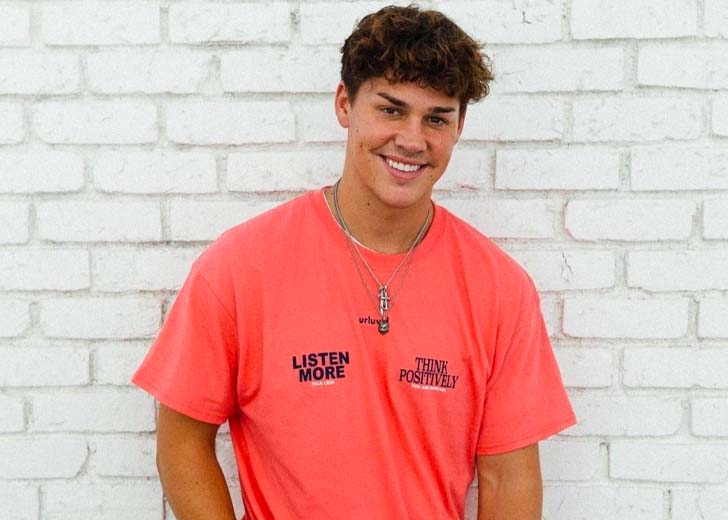 His video began with him describing his bullying experience as a child on the school bus, where he was encouraged to handle the situation himself.

Likewise, he addressed numerous ongoing allegations against him, mentioning his religious beliefs and emphasizing that the current backlash does not emotionally affect him. He also said he would continue his ventures without using social media platforms.

Many online figures celebrated Tate’s ban, but others, including Beck, made a positive remark. He discussed Andrew Tate’s final message video on the Put A Sock In It Podcast.

In the podcast video, Beck said, “I saw the clips, and people were clipping him in various ways, and then I saw clips of his final message.”

Later, Larry asked if he felt bad, to which he replied, “It wasn’t even a bad feeling; rather, he just brought up a lot of valid points. You know how I am; it’s one of those situations where I try to stay out of it, but you have to listen to someone out.”

However, the specific section has been cut from the YouTube full video. Still, Instagram tea page TikTokRoom shared the deleted segment to their account, and viewers weren’t happy with Beck’s perception of Tate.

Following the Instgaram post, some viewers criticized Beck for “playing Devil’s advocate” on the issue, while others criticized him for “getting defensive on Andrew Tate’s behalf and perpetuating misogynistic speech.”

Similarly, one user said, “he stated that Tate’s point of view is valid, but when asked to name one, they hesitate.”. Another person commented, “wht should I pay attention to someone who despises women?”

Whereas some followers supported him by saying he’s expressing his political views, people here may believe he only talks about girls, and that’s true. He banned his account because he made a valid point, not because he said shit about women.

Fans are leaving angry comments on the Put A Sock In It Podcast video. (Source: YouTube)

Fans are still leaving angry comments on the Instagram and YouTube videos about Beck’s opinions on Tate’s social media bans, but he has not yet responded to them.

Beck is not the only one who has faced criticism — TikTok star Josh Richards has also faced backlash on social media after comparing Tate’s remarks to female creators’ statements that men are trash.

Richards and co-host Dave Portnoy discussed Tate’s ban from several social media platforms on an episode of their podcast BFFs.

In the podcast episode, Richard stated, “I’m not trying to defend him or anything. I’m just saying there are two sides to every coin. There are definitely female creators who tell females,’ men are trash,’ and it’s OK for them to do so.”